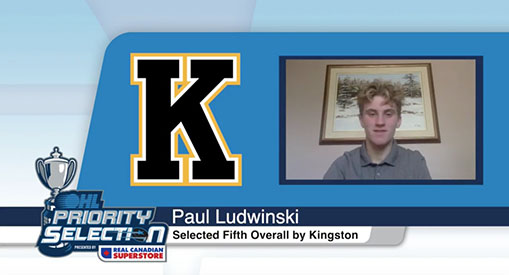 The Neil McNeil Catholic High School Maroons hockey program has seen a number of its players skate in the Ontario Hockey League, many going on to great careers on and off the ice.

Having players drafted into the OHL brings great pride to the school, its community, and to coach Eric Naranowicz.

“It’s huge for us. As a hockey program, it allows us to draw in people’s attention to the culture we already have at the school. Neil McNeil is about brotherhood. On the ice, in the room, in the physical building, and in our community,” he said.

The most recent Neil McNeil players to be drafted into the OHL are Paul Ludwinski and Jack Oldman.

They were both members of the Neil McNeil Junior hockey team during the past season. Though there was not a Toronto District Colleges Athletic Association (TDCAA) league for the Junior team this season, the Neil boys still had a strong year with excellent showings in a number of prestigious tournaments.

The Juniors went undefeated at the Brooklin Bear’s Early Bird Tournament, and did not give up a goal against. In that tournament, both Ludwinski (captain) and Oldman (assistant captain) had three goals and four assists over three games for the Maroons.

“This year both Paul and Jack made a big impact on our team’s mentality on and off the ice. They contributed to the (Junior) team’s fourth consecutive TDCAA championship last year against Chaminade College School as Grade 9 students,” said Naranowicz.

He said Neil McNeil is able to attract high-level athletes to its various sports programs and now is recognized as a top five hockey school in the province.

The Senior Maroons won the OFSAA (Ontario School of Athletic Association) championship last year. This season, the Seniors also won the TDCAA championship and were ranked first in the province heading into this year’s OFSAA tourney. However, like all other schools sports and activities, OFSAA was cancelled for this year due to the COVID-19 pandemic.

Both Ludwinski and Oldman bring unique talents and abilities that makes them influential members of the Junior hockey team, said Naranowicz.

Oldman is a talented multi-sport athlete who has strong work ethic and can always be counted on. “The work he gives the team in certain areas of the ice is extremely valuable. In front of the net and his own zone…he knows where to be on the ice. He is a player you like playing with because he is great teammate,’ Naranowicz said.

Ludwinski’s strength, speed and agility are only part of what makes him a great captain and team player. “I can say this without question. He’s the best leader I’ve ever seen,” said Naranowicz. “He knows how to support his teammates on and off the ice without really needing to speak all that much. It’s in the way he carries himself.”

According to Naranowicz, both players are honoured to be drafted into the OHL. He believes both will have bright futures as Major Junior A hockey players.

As such a high pick, Ludwinski has a lot of expectation being placed on him but he is noted to live for such moments and wants to compete at the highest level.