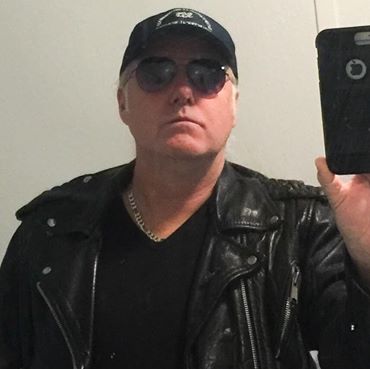 Tony Oldland will bring his popular Friday Night Jam/Open Mic event to his Facebook page tonight for those wishing to play along or just listen to the music. Photo: Submitted.

Musicians and music fans who under normal circumstances might have been planning to attend Tony Oldland’s Friday Jam/Open Mic at The Duke on Queen Street East in Leslieville tonight can still hear the music play.

Oldland will be hosting an online version of the jam tonight (Friday, March 20) starting at 8 p.m.

The provincial order earlier this week to close down bars and limit restaurants to take-out and delivery only in order to help stop the spread of the COVID-19 virus has meant live-music events with audiences, along with numerous other activities, will no longer be taking place over the next few weeks at least.

“I know how frustrating and boring it is to sit at home when we are so used to going out,” Oldland told Beach Metro News.

To help with that and give people something fun to do as they deal with the restrictions surrounding the fight against COVID-19, Oldland decided to put the jam online.

Those wishing to jam, play along, or just listen to the music are invited to visit his Facebook page ( https://www.facebook.com/tony.oldland ) and follow him to be part of tonight’s event.

Oldland, known professionally as Tony O, is a musician with decades of experience in the Toronto music scene and has been a Beach area resident since 1968.

He has fronted successful Toronto rock bands such as Cloud-9 and Domino for decades, as lead singer and lead guitarist.

He also currently fronts several bands, and performs regularly as part of The Beachles, a Beatles tribute band he founded.

Earlier this week, Oldland hosted a jam to “cheer up” some of his Facebook followers and fans, and to give them a chance to play some music with him online.

“I thought it might cheer up some of my followers if I did a one-hour live jam for them, where they could play along at home,” he said.

“I told them in advance which tunes I would be playing and asked them to play along at home. I picked some ‘easy to play’ songs, but then because of how many joined in, ended up continuing for 90 minutes to over 300 viewers.”

That made him realize there was a need out there for people to connect through music and performance, which is why he decided to put tonight’s jam online.

Oldland has said that some folks had suggested he seek donations as part of tonight’s event, but he does not want to do that. “I don’t want to charge for this, I just want to get people distracted for a bit.”