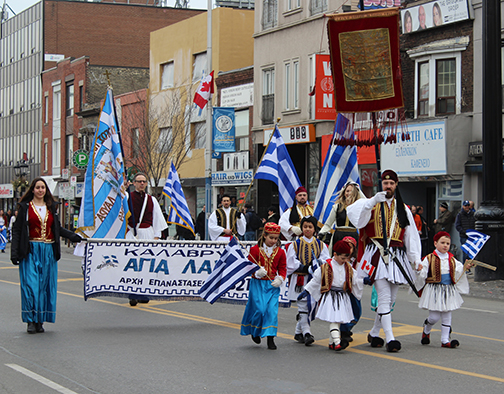 The 2019 Greek Ohi Day Parade will take place along Danforth Avenue on the afternoon of Sunday, Oct. 27

The parade starts at 1 p.m. and a number of road closures will be in place for most of the day, according to Toronto police.

The parade is expected to end at approximately 3 p.m.

Ohi Day is observed in late October to recognize that on Oct. 28, 1940, the people of Greece refused to allow Axis troops (from Germany and Italy) to enter Greek territory.

Motorists are being warned to expect delays in the area on Sunday, and should consider alternate methods of transportation. The TTC may also experience delays as part of the parade.