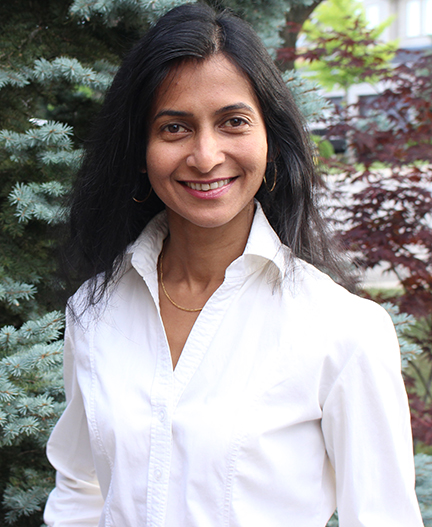 Tara Dos Remedios is running for the People's Party of Canada in Toronto-Danforth in this month's federal election.

I run a small online marketing business in Toronto and have lived in this city for over 30 years. As a South Asian immigrant whose family came here as refugees from Africa, I feel that I owe a debt of gratitude to Canada and that is why I’m running in this election.
I love this country but I feel that Canada is no longer governed with the best interests of middle and working class Canadians in mind. Rather, successive Liberal and Conservative governments have developed and implemented policies that benefit special interests and the powerful elites (big business, lobbyists, the very wealthy, etc.). We need a real change. Unfortunately, the other major parties are also part of the political establishment and thus not much different. Only the People’s Party has a platform that puts average Canadians first and has realistic policies to effect change and return government to the people.

I do not support such a national ban. Placing even greater restrictions on legal gun owners will not address illegal gun activity.
Even the Canadian Association of Chiefs, including Toronto’s Mark Saunders, do not support a ban on handguns. The Association has rightly stated that Canada already has strong firearms regulations and no other law is required. The majority of cases involving gun violence rarely involve semi-automatic rifles. The handguns being used are already illegal and it makes no sense to ban something that is already prohibited.
The Association also notes that most handguns used by Canada’s criminals are smuggled into the country from the United States. Hence, guns will continue to make there way across the border whether there’s a ban or not. Instead of a ban, we need to address the root causes of gun violence including gang activity, limited economic opportunities and mental health issues.

More and more folks in the riding are living pay cheque to pay cheque. This is due, in part, to decades of government mismanagement and ineffective policies. We need a change. To help reduce the cost of living in Toronto-Danforth, a PPC government would:
1. Slash taxes (one of the biggest expenditures most households have), without cutting services, including scrapping the carbon tax, which has a negligible environmental impact.
2. While pro-immigration, reduce immigration to prior, more manageable and sustainable levels, to alleviate the pressure on housing and rents, infrastructure and social services.
3. Abolish food cartels that force us to pay twice the price for various groceries.
4. Reduce cell/internet prices and airfares by introducing more competition.
5. Eliminate corporate and foreign handouts. Instead, re-direct those funds to vulnerable Canadians (seniors, homeless, etc.).
The above are in the best interests of average Canadians and need to be undertaken.

1. We have the longest wait times in the industrialized world and we need a new approach to healthcare.
Ottawa collects taxes and then transfers funds back to the provinces for healthcare. Not only is this inefficient, but provinces often don’t spend those transfers on healthcare.
The PPC will instead have the provinces collect the funds and be accountable as to how money is spent. This will produce an incentive to innovate and consider new models such as those used in Sweden, France, etc. which have superior universal healthcare.
2. We cannot spend our way to prosperity. Yet, all other parties wish to spend on programs by running up the $700 billion national debt. We already pay $54 million in interest daily! There are no free lunches. The deficits of today are the tax hikes of tomorrow. Only the PPC has committed to balancing the budget in two years without cutting services.