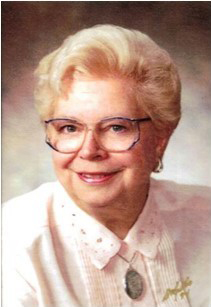 Edna Beange served on the Borough of East York Council from 1975 to 1988 and was the first winner of the Agnes Macphail Award. Photo: Submitted.

Edna Beange, a pillar of the East York community, died Jan. 7 at her home. She was 98.

Beange lived a long and remarkable life, and was an active member of her community, fighting for seniors’ fairness and access to housing, health care and education.

For more than 50 years, she worked on more than 20 agencies, committees and boards on behalf of seniors. She wanted seniors to remain independent with the best community health care possible.

Beange was also a woman of distinction. She was a great leader with a commitment to service who founded, chaired or supported several organizations including Meals on Wheels, Sharing, East York Community Care, Call-A-Service, Hospital Special Needs, and the Leaside Garden Society.
She also served as an alderman on the Borough of East York Council from 1975 to 1988.

“Every year, Edna would donate a number of things to local charities. She distinguished herself in almost every single aspect and was present at every community event,” he said.

Beange was a woman of firsts. In 1994, she was the first recipient of East York’s Agnes Macphail Award and she was the first woman on the Toronto East General Hospital (now Michael Garron Hospital) Board of Governors.

In 1999, she was appointed Honorary Director for outstanding service to the hospital’s board of directors. In 2001, Beange received the Governor Generals’ Caring Canadian Award.

Her son, Donald Beange, called his mother a supreme organizer and recalled a quote Joanna Blanchard, President of Leaside Garden Society, shared with him.

“In Edna`s case, I imagine that when she goes to heaven, she would first check if there is a residence committee. If there isn’t, then she’s already at work trying to set one up. And if there is, in no time at all, she’d be running it with her usual panache,” he said.

Predeceased by her husband, George Beange (1973) and son-in-law, Marc Paradis (2004), she is survived by her children Donald Beange (Carolynn), Jean Paradis and grandson, Graham Beange.