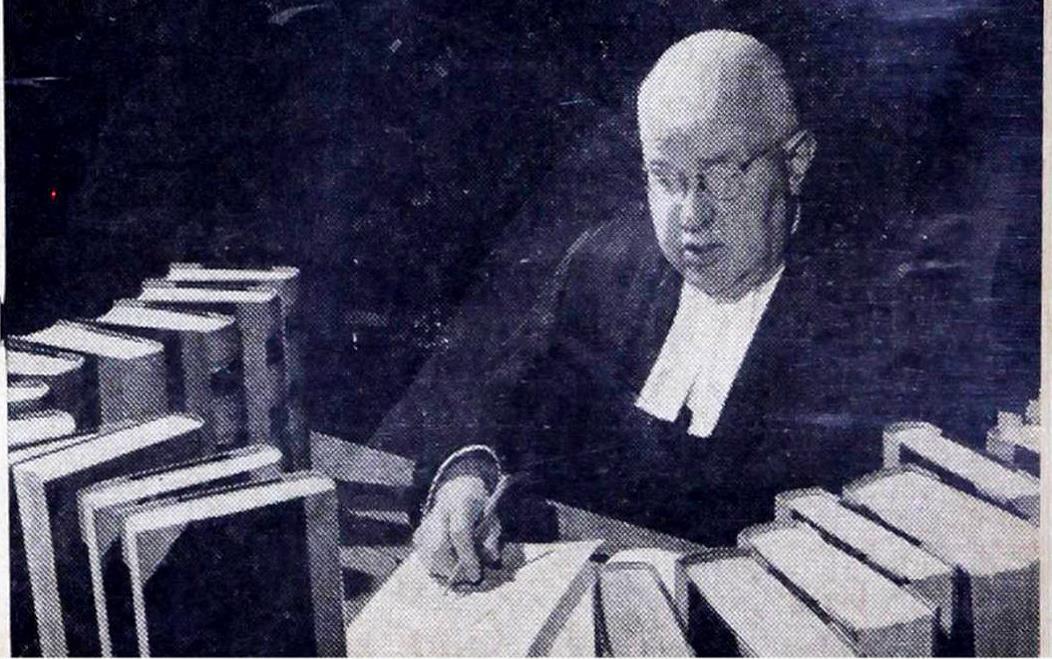 The recently released book Grace and Wisdom profiles former Supreme Court of Canada Chief Justice Patrick Kerwin, who lived for a time in the Beach.

The story of Kerwin’s rise from country lawyer to Supreme Court Chief Justice is told by his grandson Stephen G. McKenna, who lived across from what was then Woodbine Racetrack back in the 1980s.

Kerwin (1889-1963) went from small town country lawyer, to the Ontario Courts in Toronto, then to the Supreme Court. In 1954 he became Chief Justice of the SCC, and often acted as the ‘Administrator’ of Canada on behalf of the Governor General.

While in Toronto with the Ontario Court in the 1930s, the Kerwin family lived on Kingston Road near Rainford Road. As a law student in Toronto in the 1900s, Kerwin played piano for silent movies. According to his grandson, Kerwin had to keep this a secret because at that time “decent people” did not attend the movies.

Kerwin was born in Sarnia, ON, and was the son of a Great Lakes Shipping captain. His father died when he was only eight years old.

As a Justice, and then Chief Justice of the Supreme Court of Canada, his decisions help strike down institutionalized racism in Noble et al. v. Alley in 1951. This decision led provincial legislatures to outlaw discriminatory property covenants based on race or religion.

Grace and Wisdom is available at Book City, 1950 Queen St. E., not far from Kenilworth Avenue.

For more information on the book, please visit www.chiefjusticekerwin.ca