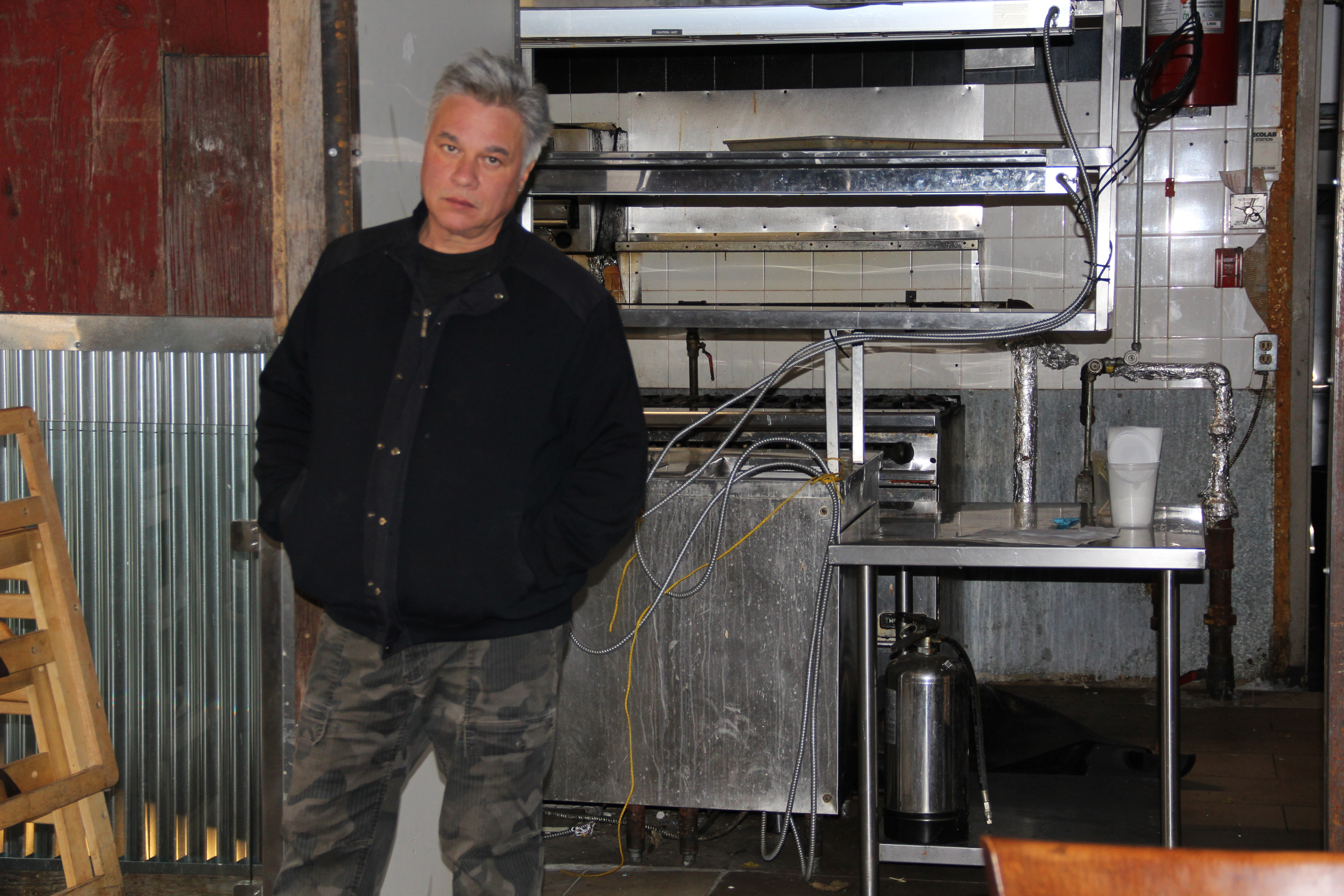 It’s the morning of Monday, Dec. 10, and Dino Magnatta, landlord of 1961 Queen St. E., is preparing to lock the doors of The Yard restaurant.  Magnatta said that it has been abandoned since the beginning of November because his tenant and owner of Hogtown Smoke next-door, Scott Fraser, has left.

Magnatta said that Fraser, approached him to lease the building because they wanted to expand their business. The expansion would result in a new restaurant called The Yard that opened in April, serving the same smoked meats as Hogtown, but with a “farm-to-table” concept. Magnatta is not the landlord of the property the Hogtown is located in.

Magnatta said he loaned Fraser $125,000 to renovate the property, which included installing ceiling to floor windows on either side of the restaurant.

Magnatta also allowed them a six-month deferral for payment of the chattels, which included restaurant equipment such as tables, chairs and kitchen equipment, and the first and last month’s security deposit. “I really wanted to help them get started for the summer,” said Magnatta.

Within two months, Magnatta said that Fraser started having problems with paying the rent for The Yard and it continued throughout the summer.

In the beginning of November, Magnatta said he met with Fraser to propose a different payment schedule, which included extending the six-month deferment period.

Shortly after that meeting, Magnatta said that he came to the property only to find that it had been abandoned. “I went next door to Hogtown and one of the employees informed me that they had moved out.”

Magnatta said he was later told they started moving out on Nov. 11, but he didn’t first find out until the week after, when he saw the place had been abandoned.

“After they moved out, they left the building unattended for 10 days,” Magnatta said. “After that, the pipes froze, it burst in more than one area, flooded basement.”

Shortly after, Magnatta put a post on Facebook, saying in part, “They posted a sign on the window stating that they moved ‘due to building infrastructure deficiencies’ which is a lie! They curled back into their original space next door as though nothing ever happened yet they cut major openings in 2 walls which now I’m left to deal with!”

In an email forwarded to Beach Metro News, Magnatta’s tenants above the property are complaining about an overflowing commercial sized garbage bin left outside The Yard.

Along with the garbage, some of Fraser’s restaurant equipment was removed and is now stored outside, beside the restaurant, housed in a tent.

Magnatta said Fraser told him that he is getting someone to take over the lease, but hasn’t heard from him since then.

Now, the former Whitlocks property owner says that he is out $200,000, which includes the unpaid loan, security deposit and having to pay the cost of cleaning up and restoring the property the way it was before the renovations.

Fraser told Beach Metro News that he tried a farm-to-table concept with the new The Yard addition, but he just wasn’t getting the response. Furthermore, he said, “The infrastructure fell apart”.

Fraser said that the drains going into city property needed repair and were causing floods in the bathroom. There were air conditioning issues in the summer and heating issues into fall and the exhaust in the kitchen broke down, he explained.

The “series of problems” forced them to close the restaurant frequently and Fraser said that he couldn’t afford to stay there because it was going to cost too much money to maintain the building.

“We didn’t know how bad it was and we had to make the decision to walk away,” he said.

Fraser explained that he realizes that he is still on the hook for the lease and is trying to find a new tenant to take it over. He said that he can’t, however, find someone to take it over with the condition that the property is in.

Magnatta said that in the 27 years he has been operating the property, no one has ever mentioned infrastructure damage to him.

Initially, Magnatta said he fronted Fraser the cash for The Yard because he saw that Hogtown was a busy restaurant that always had customers inside. He also noted that they have a successful Hogtown Smoke location on Colborne Street. “I believed that they would have been good and steady tenants,” he said.

“Generally, landlords are looked on as the bad guy,” he said of when a business closes down. “So, the misconception is that landlords are the big bad wolf and that’s why I posted that thing on Facebook because I wanted people to get another side to the story.”