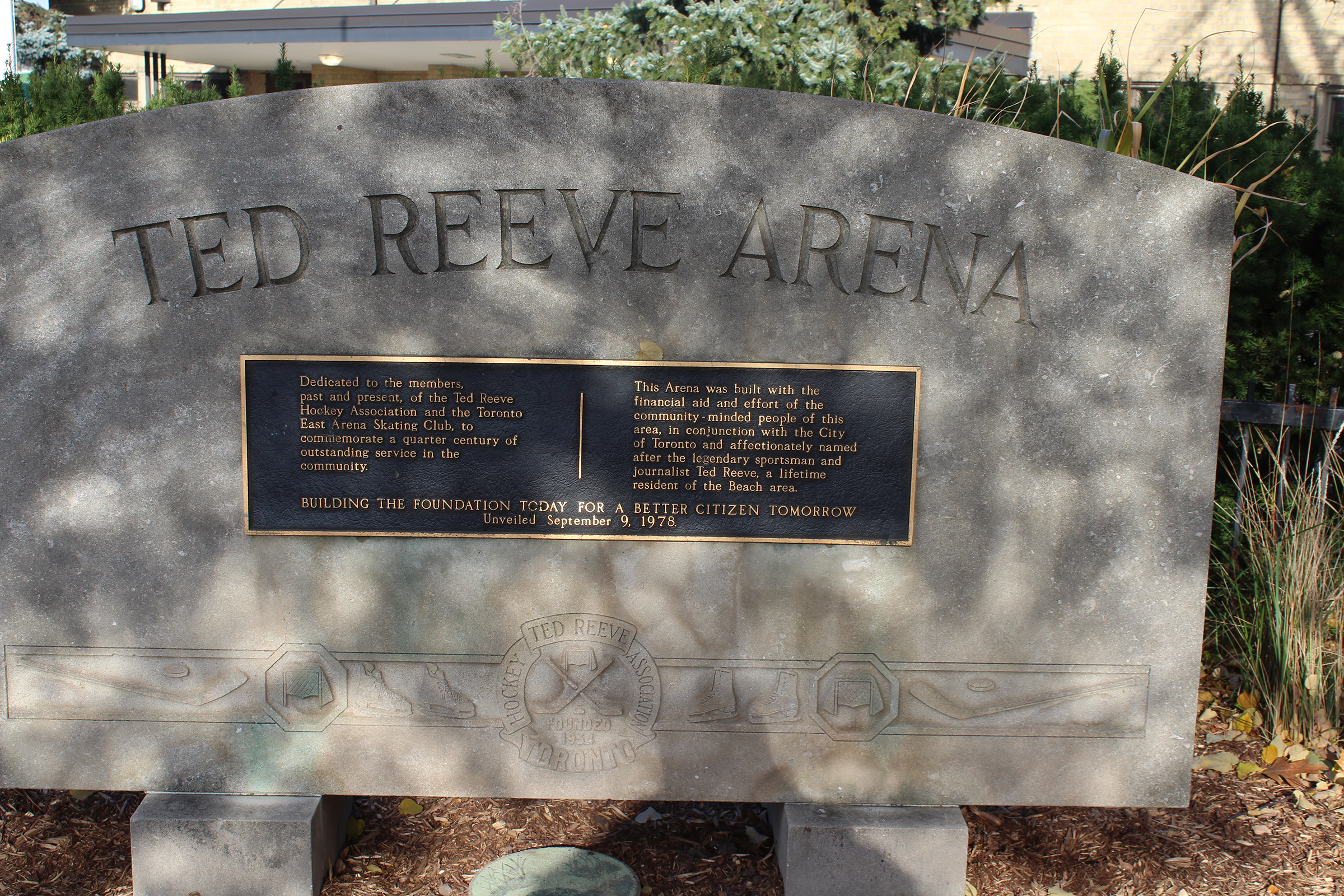 Future plans for Ted Reeve arena were up for discussion at a recent community consultation meeting.

The city wants to create spaces where there can be open dialogue about restructuring, funding and timelines of major projects. When compared to neighbouring facilities such as Leaside and Wychwood Barns, the discussion of public versus private funding was ongoing throughout the consultation.

Ward 32 Beaches-East York Councillor Mary-Margaret McMahon kicked off the Oct. 13 event and said that “we have a fantastic opportunity ahead of us, now that we have the centre back in our hands we can listen to the community about what you think is missing, who’s not at the table, and how we can engage more people into the centre.”

One of the centre’s directors, Ron Wilford, explained the history of Ted Reeve and why the community pays tribute the veteran of both World Wars. In addition to being a professional athlete, coach and journalist, Reeve accomplished so much throughout his life so “who better to epitomize the spirit of leadership” Wilford said.

The Ted Reeve Community Centre is a city owned facility that focuses on accessibility and diversity. It also runs an all-day daycare, and aims to build a holistic community feel for parents in the area. The directors of the centre are inspired by their ancestors and emphasized at the meeting that we should pay tribute to their contribution to the community.

McGown encouraged welcoming and incorporating the Indigenous community to the centre as renovations were being mentioned.

Complete or partial redevelopment of the site brought up re-branding Ted Reeve completely in order to get away from the hockey rink stereotype of the centre.

Concerts, farmers’ markets, brewery pop-ups and many other ideas were brought to the table from a range of community members from Gerry Dunn, Chair of the Danforth Village Community Association, to ‘Sassy Psycho’ Ruth from Hogtown Roller Derby.

The community was eager to come up with events to promote funding for the centre, and event mediator Bob Hedley was feeling very optimistic about the future.

“It’s a very exciting time to be engaged in this process,” he said.