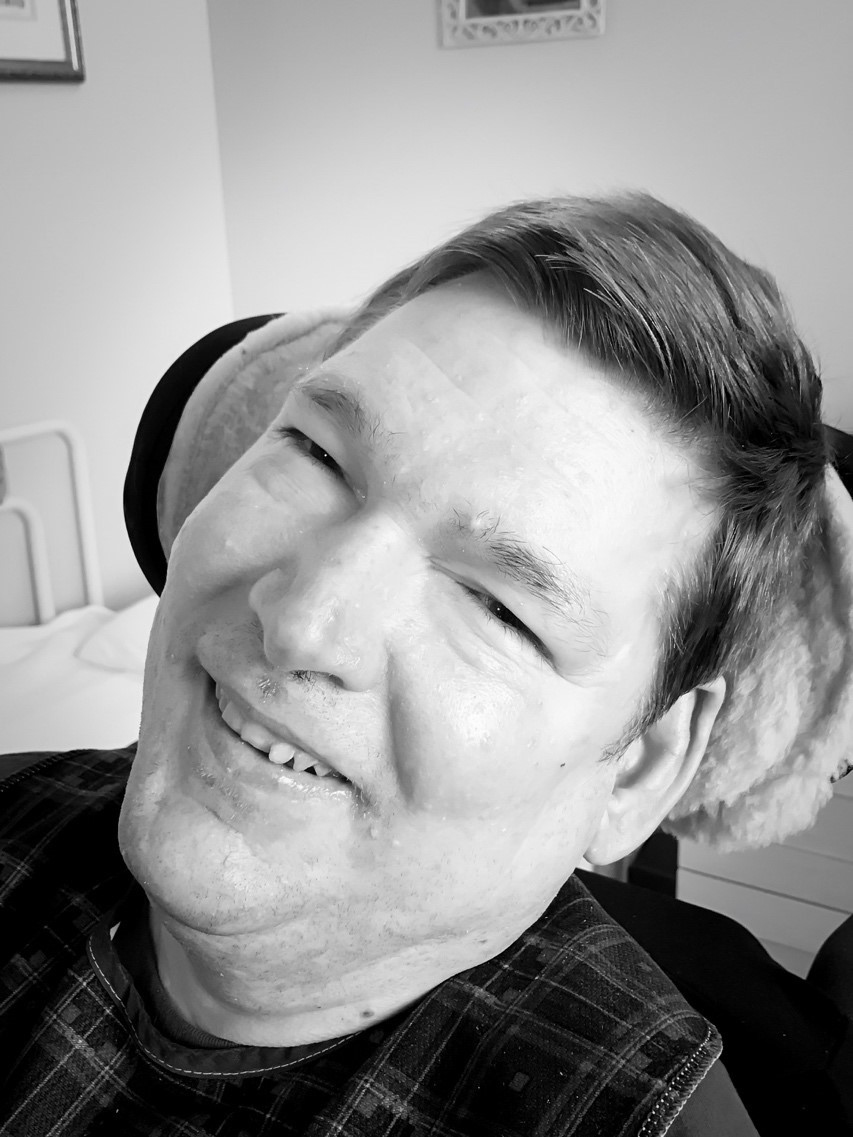 Chris Van Santen was honoured with a laneway named after him recently. Chris died in December of 2017.

Chris Van Santen Lane was officially named at a recent ceremony in the Beach.

Neighbours, friends and family gathered at the unveiling of the new street sign that stands on the west side of Willow Avenue just north of Queen Street East for the Oct. 20 ceremony.

Beaches-East York Councillor Mary-Margaret McMahon attended the unveiling and she talked about the importance of the City of Toronto’s  laneway naming initiative which honours those who have had an impact on or been an important part of their specific community.

Who was Chris Van Santen and why was a laneway named in his name?

Chris lived on Willow Avenue for more than 50 years. He was born in 1962 and had many health issues at birth including cerebral palsy and grand mal seizures that required his parents to make hundreds of calls to emergency services throughout his life.

The fire, police and paramedic responders would arrive and access the Van Santen home by the laneway that runs along the south side of the house. Chris was often brought out of the house where paramedics worked to stabilize him. The laneway afforded the space for them to organize their lifesaving equipment and transfer Chris to an ambulance which would take him to hospital. The laneway was literally Chris’ lifeline. We are all familiar with the proverb “It takes a village to raise a child”. This was particularly true during Chris’ childhood. The Van Santen family welcomed countless volunteers to their home, often six per day to provide physiotherapeutic exercises to stimulate Chris’ limbs.

Many of the people who had volunteered over the years attended the laneway dedication ceremony.

Chris connected to the neighbourhood in the lane using his electric wheelchair to go up and down the lane talking to neighbours and passersby. He was able to access Queen Street and visit with friends at Ryan’s Hardware, The Beach Plaza and other businesses along the strip.

A purpose built deck was constructed in the Van Santen backyard to accommodate an elevator and multi-level deck with an opening in the deck wall along the lane so Chris could open the shutters and look out to engage with people walking by. This became his window on the world and without it, his world would have been much smaller.

Chris Van Santen died in December of 2017 at the age of 55. Before he died he happily gave his permission for this lane to be named after him, so it is fitting that he was remembered with the laneway ceremony as first anniversary of his death approaches.

Through the City of Toronto’s Laneway Project, Chris Van Santen Lane now has an identity which will also improve access to this vital roadway.