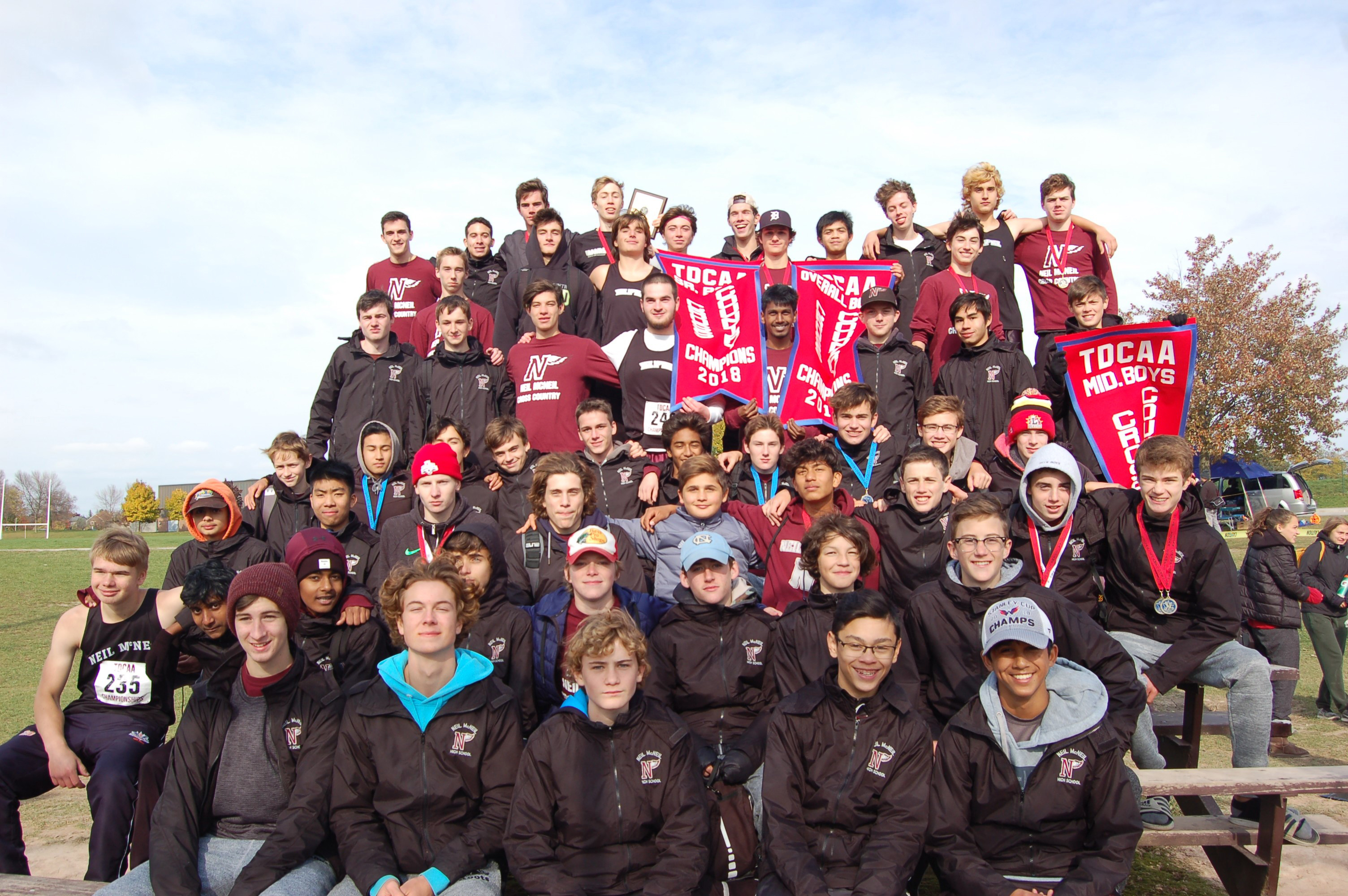 Neil McNeil’s Midget and Senior boys teams both finished first in their races, and the Junior team was second overall at the meet which took place on Friday, Oct. 26 in Centennial Park.

As well as bringing home city championship banners, for the 11th year in a row Neil McNeil also qualified all three teams for the upcoming OFSAA (Ontario Federation of School Athletic Associations) championships on Saturday, Nov. 3 at Christie Lake Conservation Area in Dundas, just outside of Hamilton.