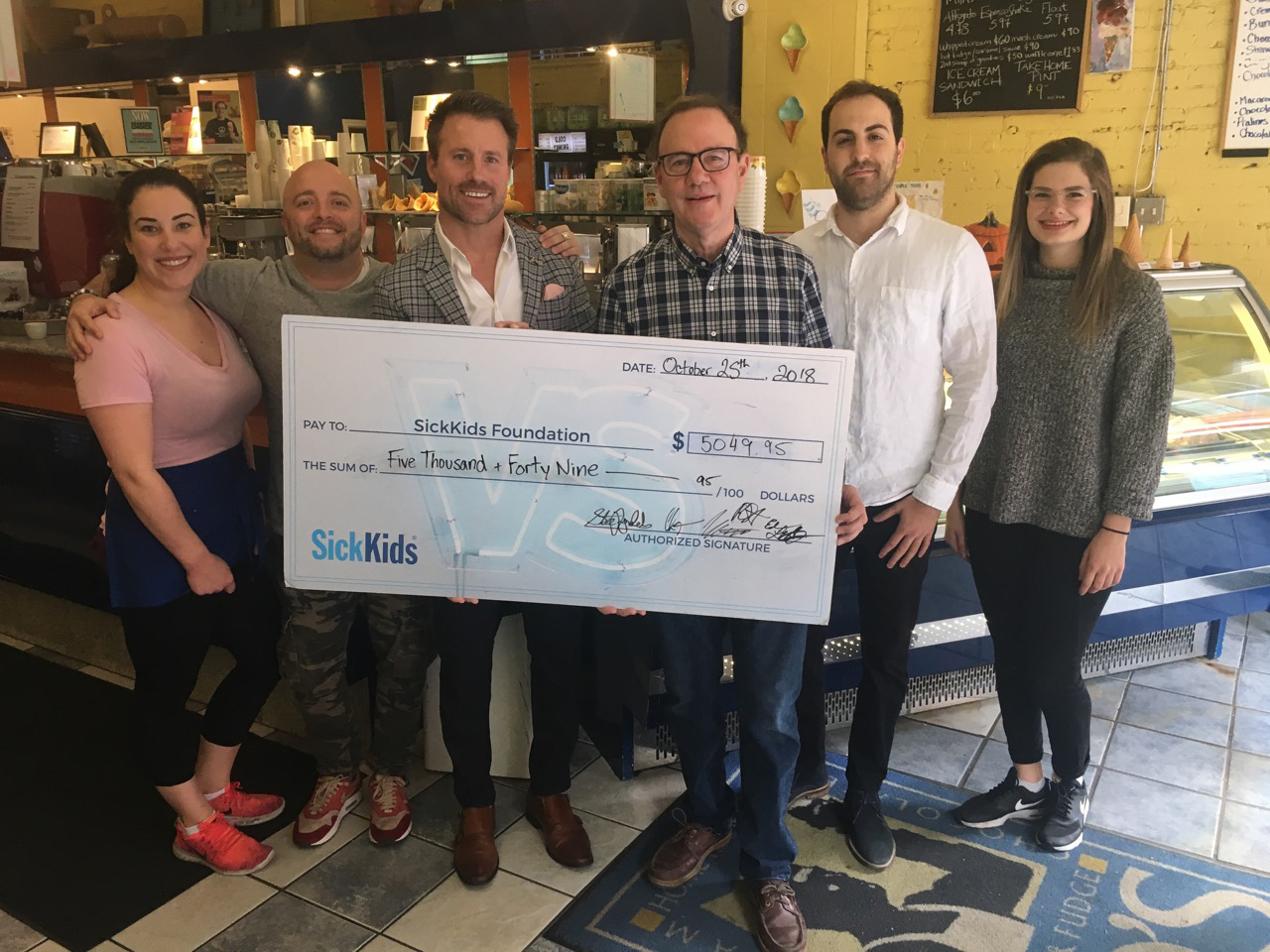 During one Saturday in August, $1 of every scoop sold was donated to Sick Kids. There are four Ed’s Real Scoop ice cream shops located at High Park, Mimico and Leslieville along with the Beach location at 2224 Queen St. E. which was the first shop opened in 2000.

Francis has lived in the Beach for more than 31 years. He grew up in Ohio, and went to Oberlin College for physics. After graduation he worked for the Peace Corp and came back in 1971 to build his own international packet switch network for Chase Manhattan Bank.

He left Chase in the 1980s to work in Boston running a network management department for a company that wrote internet code, Bolt, Beranek and Newman (BBN). In 1987 he moved to Canada and by the 2000s, he chose to focus on running his ice cream shops with Stephen and giving back to the community.