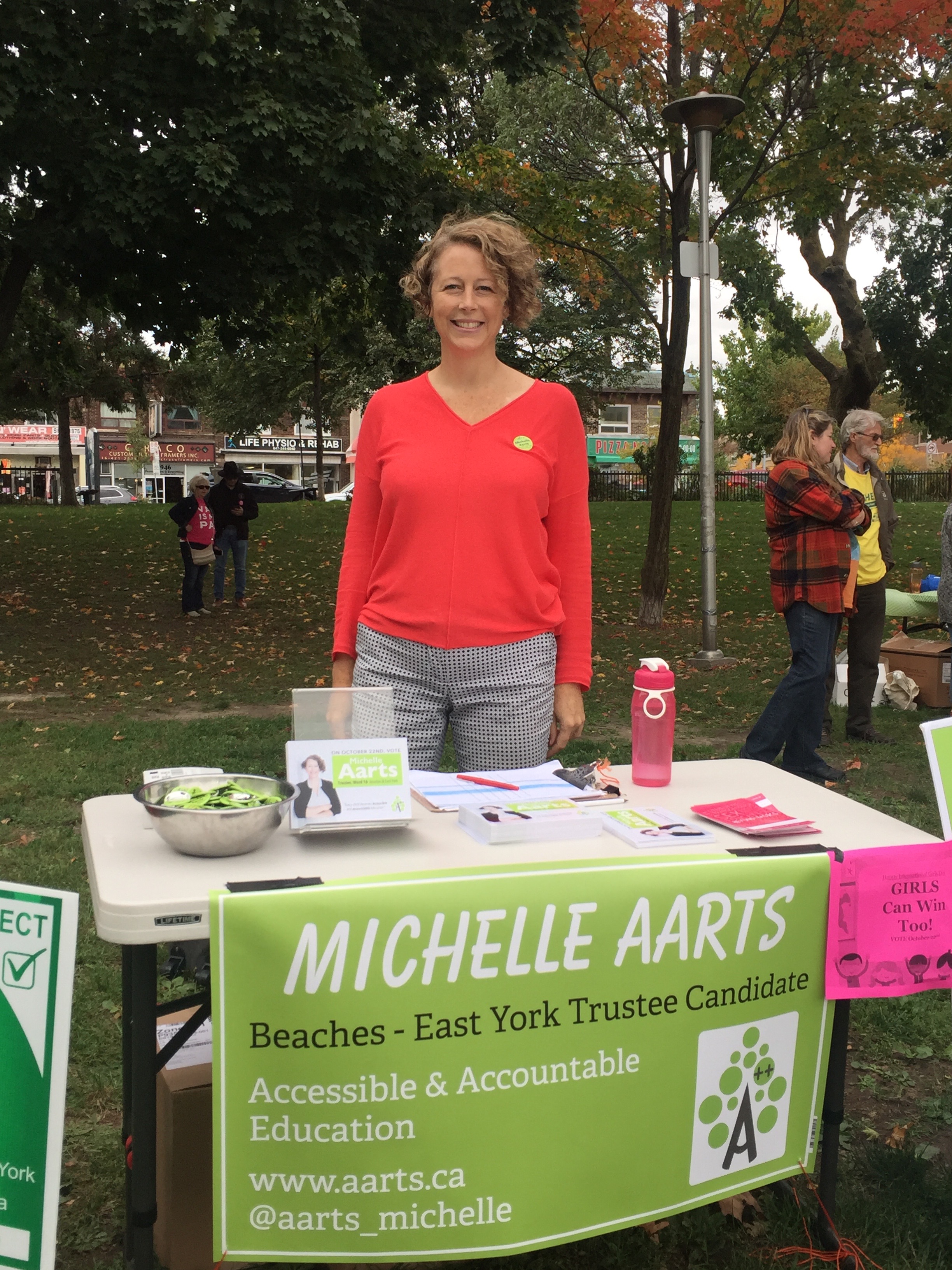 Michelle Aarts was “surprised but not surprised” when she learned that she was the new Beaches-East York trustee-elect for the Toronto District School Board.

With three children in the TDSB system, she had been involved with the board for years, particularly with the Parent Involvement Advisory Committee (PIAC).

She does admit, however, that she became a little worried coming down the end of the campaign period.

“In the last week, the big “MP” [Matthew Kellway-Phil Pothen] campaign machine descended on the ward and that was worrisome,” she said.

But Aarts’ efforts paid off. With a team consisting of friends and family, she had been knocking on doors since July. She wanted everyone in the ward to know who she is and to educate residents on why they should care who their trustee is.

Aarts’ expects her biggest challenge will be to keep the budget in the black. “The current provincial government really seems to be about cutting right now. They seem to be cutting grants and programs left and right,” she said.

Aarts is also continuing her advocacy work amid the provincial government decision to revert back to the 1998 sex-ed curriculum, which is devoid of sexual orientation, consent and other modernized issues affecting young students.

She said that the provincial government does not respond well to agencies and advocacy groups, but they seem to place a lot of value on individual voter contact.

She is thus, working with parents and students affiliated with a website called curriculumforward.ca to help get their voices heard. On the website, a concerned citizen can find a letter template that they can use to fill out and send directly to the provincial government as well as sex-ed resources not included in the current curriculum.