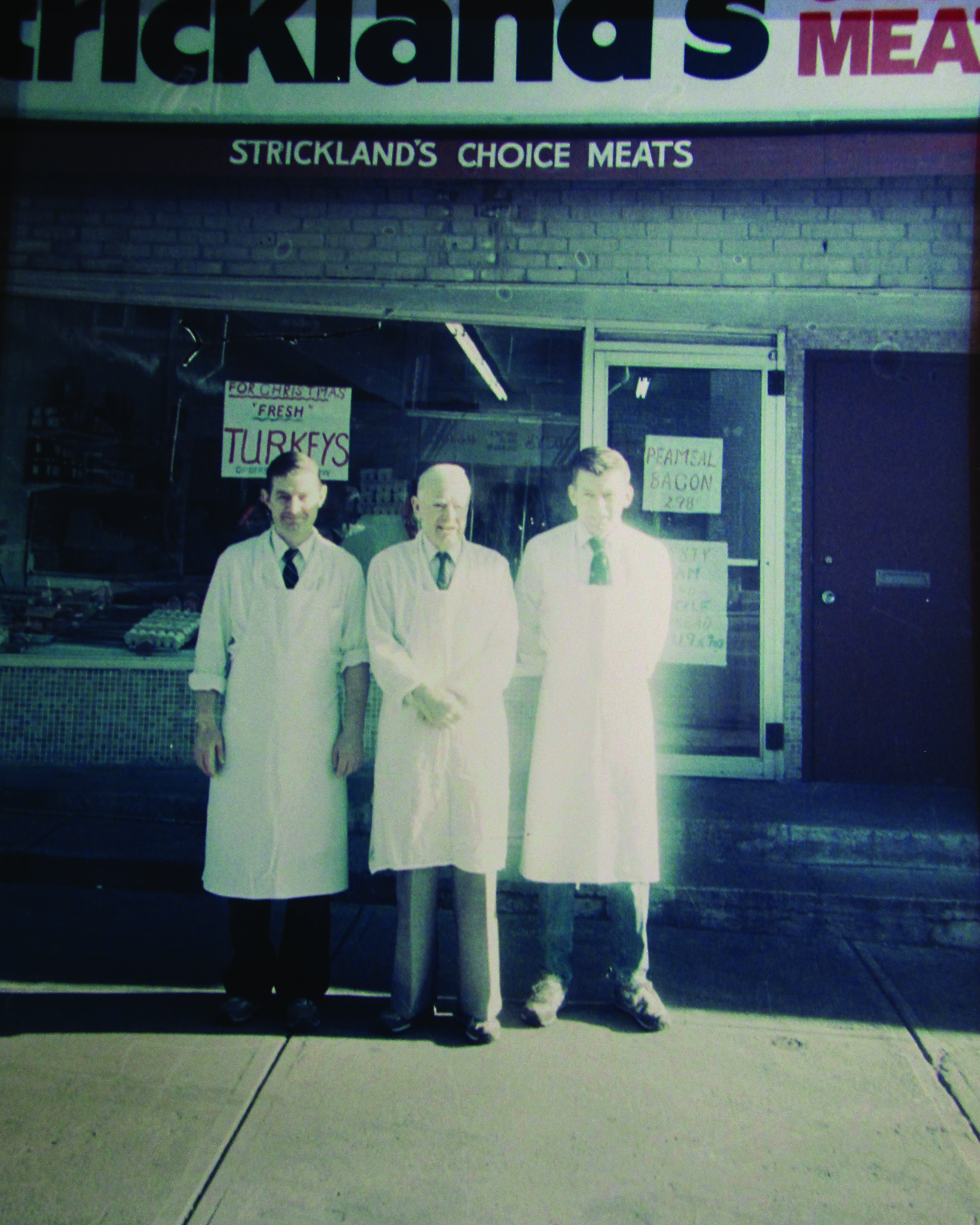 Strickland’s Choice Meats, the family-owned, decades-old butcher shop, known for the fun-loving, generous brothers who operated it, has closed its doors for good after the passing of Robert (Bob) Strickland.

Bob passed away on May 14, just nine months after the death of his wife Roberta, and Len is too ill to work, said Bob’s son, Ryan Strickland. “It’s just too much now,” said Ryan. “I talked to Len and he’s not doing so great health-wise and is still very upset about the passing of my dad. But he does want you to know my dad and Len loved working in the store. It wasn’t just a job for him. My dad wasn’t just a brother, he was his best friend.” Known for their compassion and friendly service, the shop was inundated with flowers and condolences after the family closed the store, said Ryan. “I had a shrine. I have a ton of condolence letters.”

After Bob’s passing, Beach Metro News received several emails and phone calls, all praising the brothers’ friendly service and their significant contribution to the community. “I have been a customer for the 30 years that I’ve lived here,” said neighbourhood resident Robert Miller in an email to our newsroom. Bob was “a true gentleman, friendly to all.”

Ryan said he will miss waking up to the sound of his late father and his uncle chuckling about life’s everyday events with customers in their shop. “I lived upstairs, and I would wake up to them just laughing,” he said. “It’s really bittersweet and something I will definitely miss.” Bob and Len worked 11-12 hour days, and “just wouldn’t let it go,” said Ryan.

Len’s inability to continue operating the store while battling cancer and their decision to close the store has been difficult for the family.

Len and Bob’s shop has served the areas of Leslieville and Danforth since the 1970s. It was originally located on the northwest corner of Gerrard Street at Greenwood Avenue and moved to the southeast corner in 1987. The family of butchers have a legacy that stretches back nearly 80 years, said Ryan. Bob worked as a meat inspector with Canada Packers before moving on to open Strickland meats.

Hard work was a fact of life for his grandfather and his five sons. “My grandfather’s parents were both disabled,” said Ryan. “My grandfather used to work in a bread factory as a child during the depression. He told me he used to hide in the barrels when the inspectors would come looking for child labourers.”

What made Strickland’s Choice Meats successful wasn’t just the popular store-made German onion sausage or the pork cutlets, it was the brothers behind the counter and their love of serving the people in their community. “My dad would make a ton of German onion sausage and when they would run out he’d tell people he’d just be a minute, and he’d literally run to the back to make more,” said Ryan.

My dad served everyone, said Ryan. “I know a lot of people that my dad served over the years weren’t always able to pay, and my dad always said ‘here you go’ and waved them away when they tried to pay him back. That was the kind of person he was. He would just let it go.”
Never having adopted the latest credit and debit card payment technologies, this did not stop his loyal customers from flocking to his shop and paying in cash. “He’d tell people that the banks are already making enough money,” he laughed. “My dad was a superhero.”