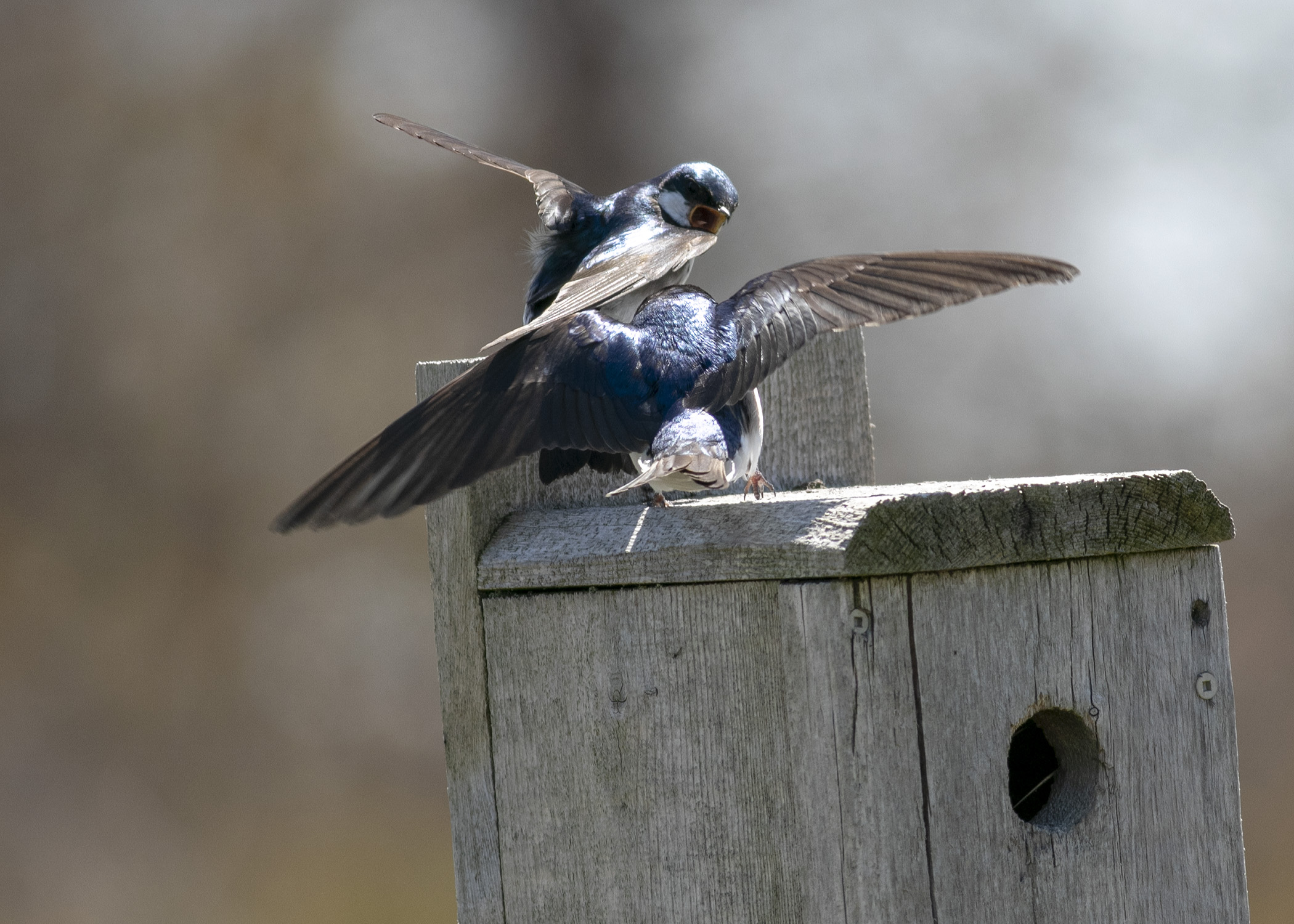 Is it fair for me to say that I have a favourite bird? I feel that every second article I write says some variation of “this is my favourite bird because of X,Y,Z.”

Well, not this time. This week I’ll tell you about one of the most frustrating birds to take pictures of: the swallow.
From migration in the spring to the fall you’ll often see these birds twisting and darting through the sky as they search for food.

They are very small and streamline at about five to six inches in length. Colouring can range from plain brown, dark blue with bright orange below, to amazing blue that glistens in the sun. And, before I forget, swallows are by far one of my favourite birds because they are one of the best, if not the very best, at catching pesky bugs and mosquitoes during these aerial acrobatics!

In southern Scarborough, where we live, we are blessed to have Tree Swallows, Cliff Swallows, Bank Swallows, Northern Rough-Winged Swallows, and Barn Swallows. You may, with some Sherlock-level deductions, have gathered where most of these swallows like to live based on their names.

First, while Tree Swallows will naturally nest in a variety of trees, if you put up a species appropriate nest box, they are among the most likely birds to move into your backyard. Bank Swallows are burrow nesters who look for sandy river banks, bluffs, and cliffs. Their tunnels can be up to four feet long and are called colonies. Cliff Swallows will join their Bank relatives on the bluffs and cliffs, but they are master masons who use mud, which they carry in their bills, to create gourd-shaped nests on bridges and other man-made structures.

Barn Swallows love anything that resembles a barn, including bridges, docks, houses, and boardwalks. The exception to the name-giving-away swallow trend is the Rough-Winged Swallows, which will nest in cracked foundations, old pipes, bridges, and even drain spouts. Starting back in 2013, the people in charge of Highway 407 have actually been proactive through their efforts to install a variety of nest-friendly structures along their highways and bridges to help the survival of swallows.

Photographers trying to get shots of swallows need a lot of patience and should expect many headaches. I took my friend Holly, visiting from Florida, to see the swallows at Ashbridges Bay, Bluffers Park, and the Rouge Valley, and while we saw dozens and dozens of birds, we only got a handful of good shots.

Out of several hundred shots I only got three in-flight pictures I was happy with. I did get a couple of neat shots of some Cliff Swallows building nests with mud on their beaks.

While, when you see them in the bluffs and around Toronto’s marinas, you may think they are doing well, sadly, both the Barn and Bank
Swallows are threatened under  the species at risk act (SARA).