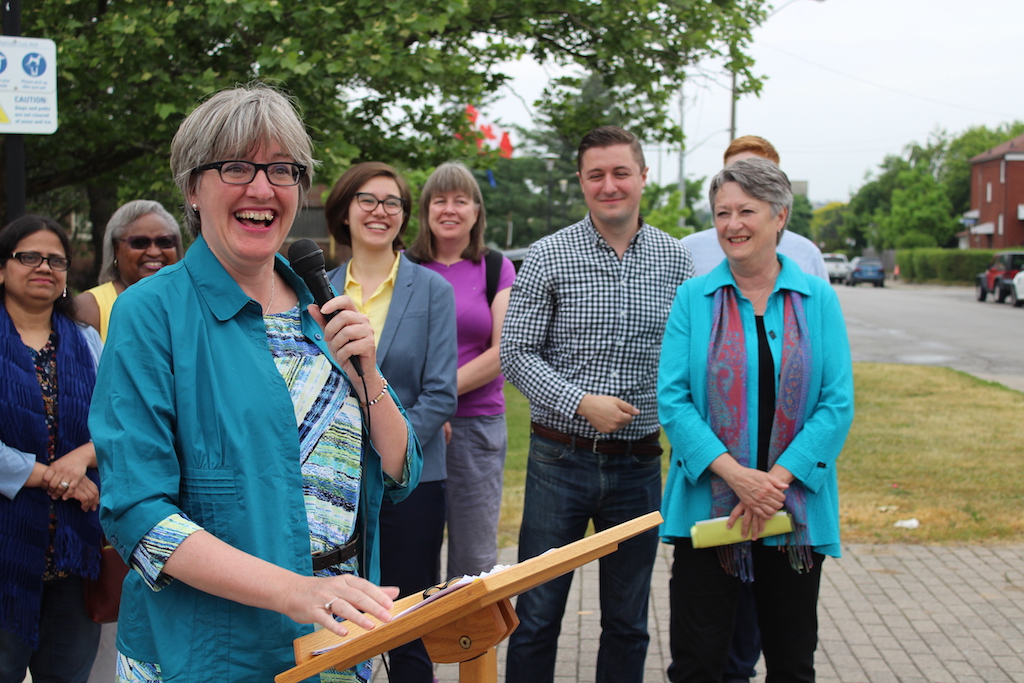 Ward 31 Coun. Janet Davis announced this morning that she would not be running for a seat on council this year and instead endorsed Diane Dyson, director of research and public policy at WoodGreen Community Services.

“I have decided that the time is right for me to step back and to spend more time with my family,” said Davis, standing outside of the East York Civic Centre at 850 Coxwell Ave, home to the Ward 31 constituency office.

“My mother, who is 91, wants to travel to the Scottish Highlands… and I want to spend more time to provide more support for her as she ages at home,” she continued, adding she has no immediate plans to return to work.

Davis said the fact that Dyson had expressed interest in entering the race for council in the new Ward 35—which will encompass the current Ward 31 and stretch farther north to Eglinton Avenue East—also played into her decision.

“An exceptionally qualified and experienced candidate has stepped forward: Someone I have confidence in, someone I have worked with, someone who I believe will carry on the important work here, locally, and at City Hall. Today I’m also announcing that I am endorsing Diane Dyson for city councillor in the new Ward 35,” Davis said.

For the past decade, Dyson has worked at WoodGreen Community Services. Most recently, she has served as the the social services agency’s director of research and public policy.

“Like Janet, and with Janet [Davis], I’ve worked hard at City Hall to make sure our neighbourhoods are strong and good,” said Dyson. “I’ve spent years as an advocate for stronger communities, writing research reports and speaking at public consultations and debating around policy tables,” she said.

Asked what the biggest issues facing the new Ward 35, she suggested housing was a top concern. “I often start right where people’s most basic needs are,” she explained.

Shortly after, she headed down to City Hall to register as a candidate in this year’s municipal election, which takes place Oct. 22. The deadline to register is Friday, July 27, at 2 p.m.