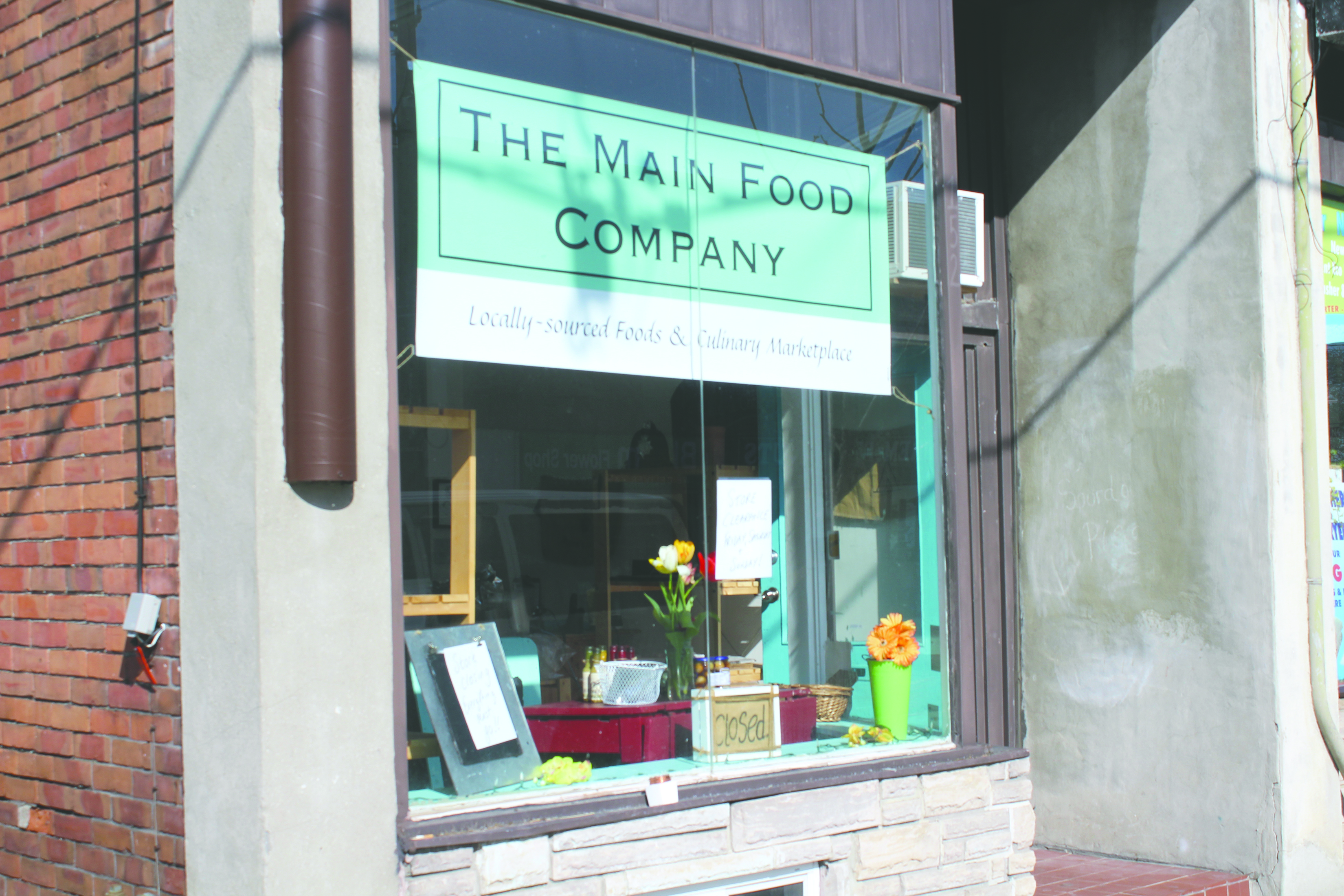 The Main Food Company and Trinity are both closing up shop on Main Street.

Another business is calling it quits on Main Street.
Through The Main Food Company, Fiona Bramzell, who lives on Kingston Road, has been channelling her love of small-batch, locally sourced food. But she’s decided to shutter her shop at 152 Main St. by the end of this month.
“This area, no one’s shopping, you know? People are walking around, but they’re not shopping like [they are] on Kingston Road,” Bramzell said from inside her boutique storefront on a May afternoon.
Seeing Amy’s Place Handmade—which closed its 155 Main St. storefront in March and reopened at 986 Kingston Rd. this month—helped Bramzell make up her mind to do the same.
The prospect of construction on Main Street, which the city is undertaking this summer to reconfigure a number of intersections between Gerrard and Kingston Road, was a deciding factor for both Bramzell and Amy Occhipinti of Amy’s Place.
“I feel much better on Kingston Road. There’s more independent business. Kingston has always been rather stable,” said Occhipinti, who added that damage from flooding as a result of the April ice storm and issues with her landlord also contributed to her decision to move on.

Right beside Occhipinti’s old store, décor retailer Trinity (149 Main St.) appears to be calling it quits on its current location here as well.
A notice signed “Trinity Gallery Home” recently appeared in its window stating, “It is after great consideration that we have decided to begin the process of closing the location of our home decor store.”
Trinity could not be reached for comment in time for this story.
Bramzell, her mind made up to focus on her freelance writing work rather than another retail project, is currently clearing out her remaining stock, right down to the furniture. Customers can stop by the Main Food Company this weekend (May 19) to pick up discounted items.
Since leasing the spot in February 2016, Bramzell has tried a few different ways to make the numbers work, first as a craft business and later in its current food-focused iteration.
“A lot of the products that I sourced and I carried were independent producers,” she said.
“I loved the fact that the people who made these products would be the same people that delivered them,” Bramzell continued, adding, “The people are great, and they put their heart and soul into that… I would hope that came across.”
On a recent visit, a customer popped in to buy some of Bramzell’s remaining inventory. “I’m really sorry this going,” he said to her.
“It’s a good decision for me,” Bramzell replied.