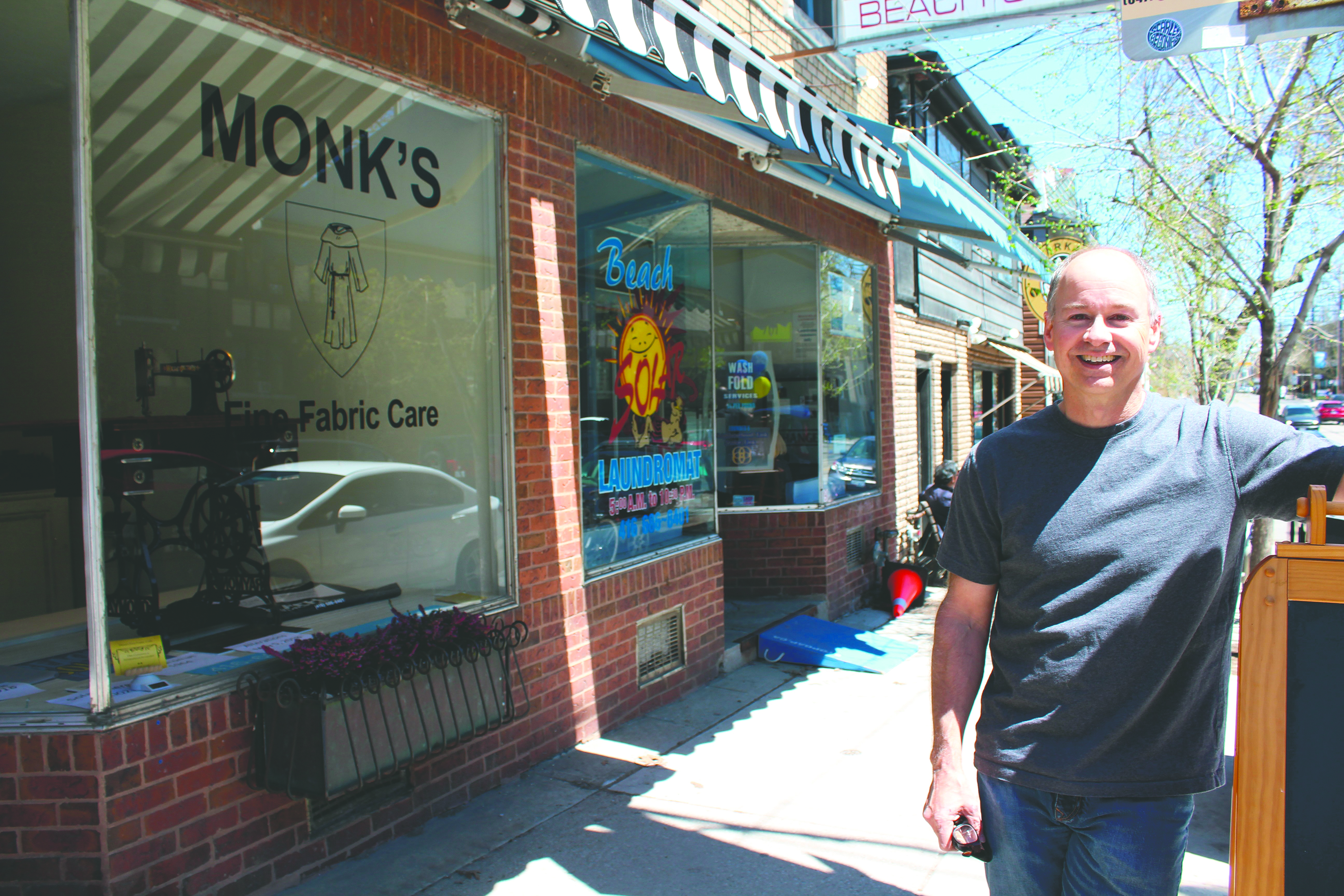 Since 2002, Alex Winch has operated the Beach Solar Laundromat (2240 Queen St. E.), perhaps the city’s only laundromat that’s also a social venture.
The eight solar panels he added above the two-storey building he owns provide power for the water heaters below, and have helped Winch cut his business’ carbon footprint by 30 per cent.
After converting the laundromat—which dates back to 1964 when it was called the Beach Laundromat, to a green energy source—the entrepreneur racked up awards including the 2005 Toronto Green Award.
Now, he’s ready to take on another project. This month, he expanded into the neighbouring storefront he owns with a new venture, Monk’s Fine Fabric Care, which offers dry cleaning and sewing and alterations services to complement the laundromat.
“Monk’s Fine Fabric Care is all about the service, and the laundromat side is all about coming in and doing it yourself,” Winch explained, noting the laundromat offers wash-and-fold delivery services as well. “The concept is complete fabric care under one roof,” he added.
To make the new business stand out from the existing one, which Winch suggested has a “cute, kind of fun, kind of casual” aesthetic, he went with a cleaner design.
“It’s more elegant, it’s not quite so deliberately cheesy and fun. This is a little more formal,” he noted.
He chose an illustrated monk’s robe as a logo in contrast to the laundromat’s smiling-sun-and-sunbather insignia. “I liked the concept of humble community service,” he said, adding his grandmother’s maiden name was Monk, too.