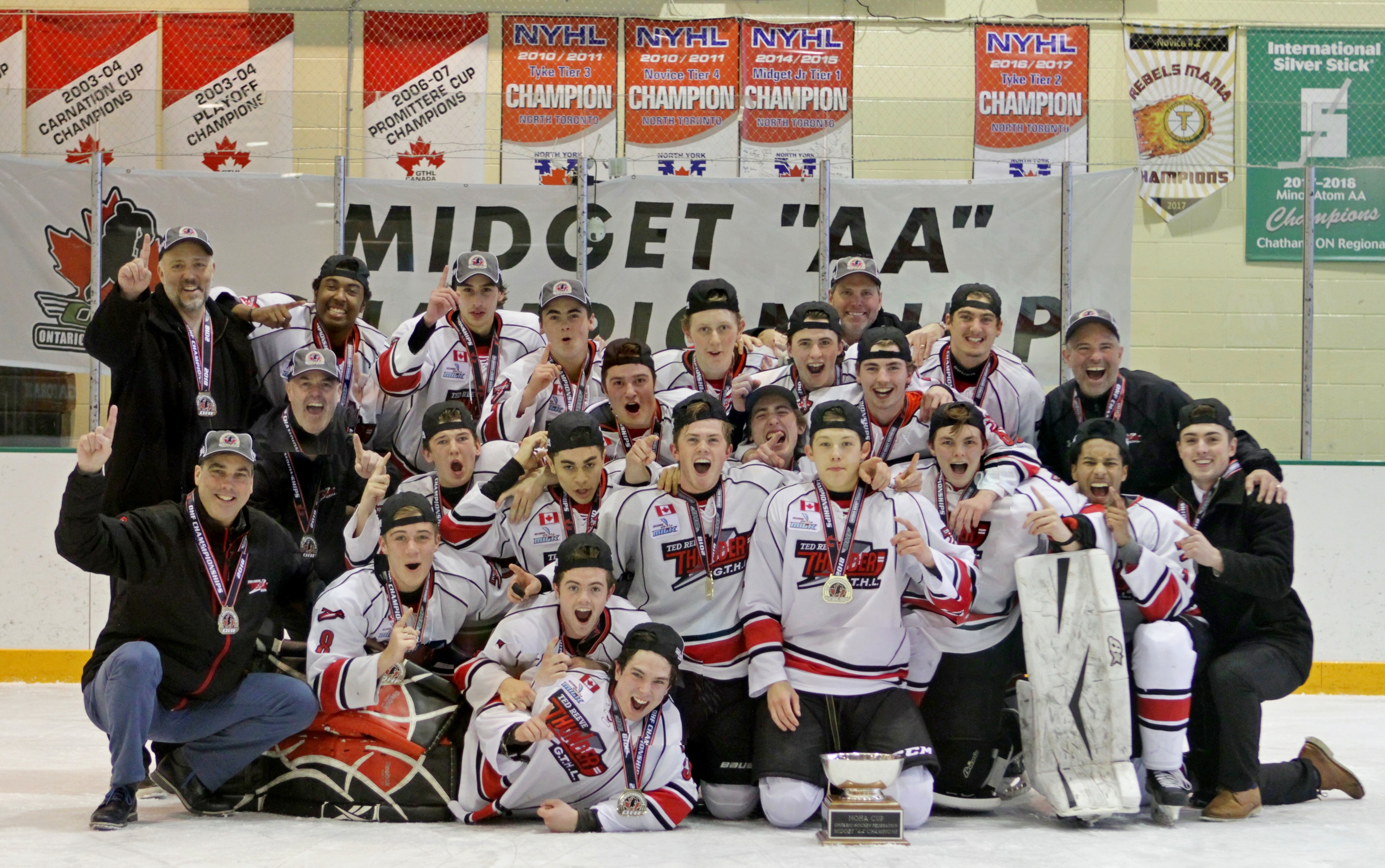 “We killed six minutes of penalties in the first period,” said Thunder head coach Ken Volden. “That was pretty key.”

Connor Browne built on the Thunder’s lead with a second goal, and Robinson had the helper.

Volden credited the goaltending of Jordan Tedesco, who he said “played exceedingly well.”

Volden said the victory marked the first time a Ted Reeve team had won a provincial title in the rink’s 54 year history. “It’s a big deal,” he said.

“We’re a community rink, I think the boys are pretty proud to have won it for this community rink in the middle of Toronto,” said the coach.

However, the joy of winning also came with a certain sadness.

The team is made up of players born in 2000, meaning the game was their final one together as juniors.

“We’ve been together so long, so there was a ton of joy in winning but also some sadness because you realiaze it’s their last game, and it’s the last time they’re going to play together,” said Volden.

“Lots of boys didn’t want to leave the ice,” he noted, adding, “There was lots of hugging and lots of tears and obviously lots of joy.”

Ahead of the game, Volden had been confident that his team would come out on top.

After telling the team “we got this, guys,” Volden said he left the dressing room to the boys, as has been the approach this season.

“The coaches leave the dressing room to the boys this year, and who knows what goes on in the room once the coach leaves but they were certainly ready to play,” he said.

The Thunder earned their berth to play for the championship title after winning the GTHL city championships.

This year, they had an undefeated record in their division, going six for six.
The team racked up 25 goals while allowing just four.

“Our group of boys were really the first group of double-A boys to play out of Ted Reeve,” said Volden.