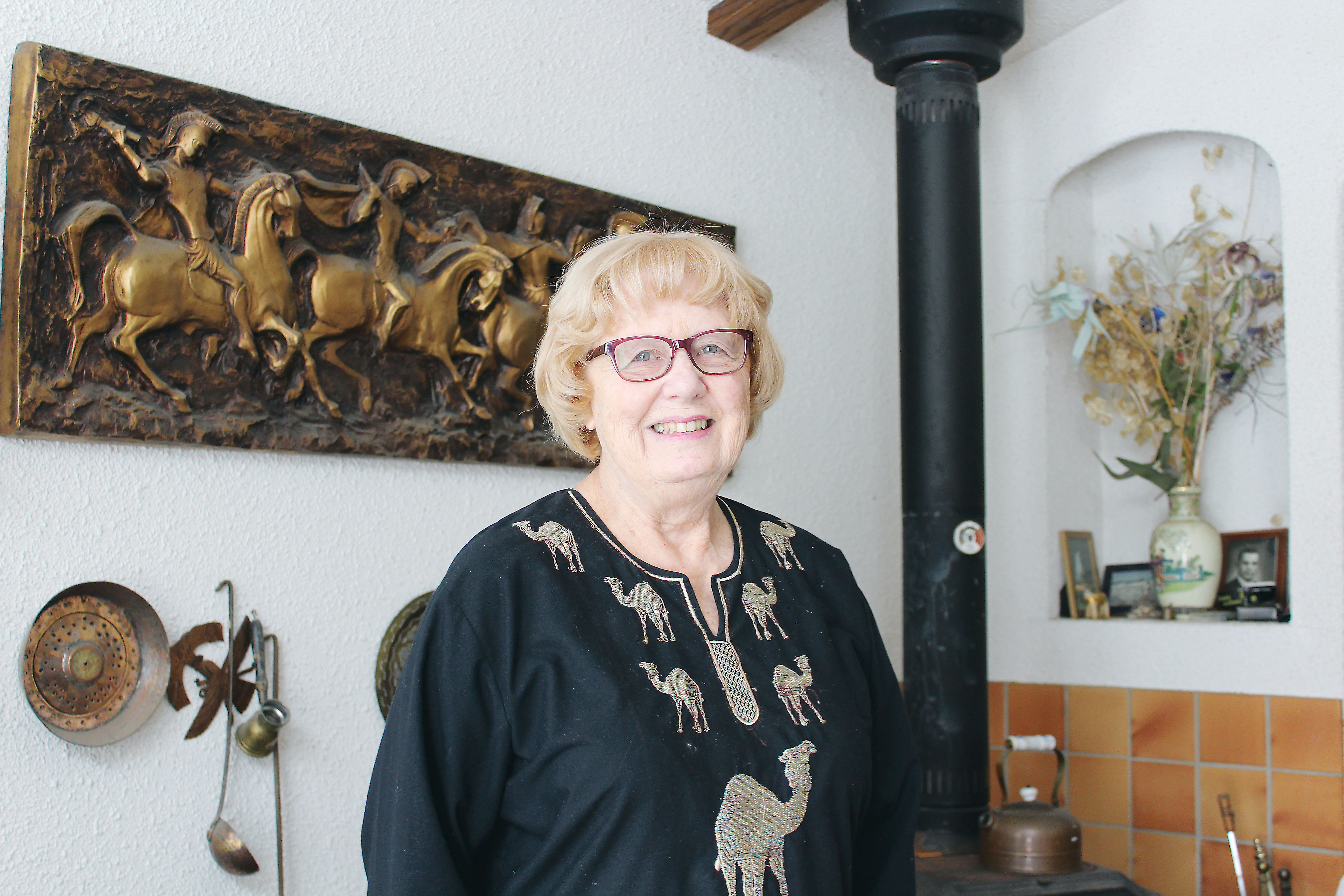 TOMB RAIDERS, an ancient grave teeming with snakes, and armed entourages: Eighty-year-old Rexine Hummel could be describing a scene out of Indiana Jones.

Instead, she is recalling her latest trip to Egypt, where she spent a month on a dig this past December poring over ancient artifacts for the University of Alabama.

As tourists shy away from Egypt amid political uncertainty in the Middle East, bandits have plundered once popular sites. Hummel required an armed escort to leave her hotel, located two hours from the dig site in Lisht.

On her first day at the site, other risks emerged—or slithered. As one of Hummel’s colleagues was being lowered into a shaft to look at artifacts, they yelled to be pulled up. “It had snakes at the bottom, and so nobody would go down,” Hummel said. “Then, they got the guard and he shot the snakes—and that was the end of that story.”

Hummel’s no-nonsense recap betrays her general attitude to the apparent risks of her travels. “At my age, my gosh—I mean, it’s risky being 80… I could pop off anytime,” said Hummel, recalling last year’s exploits from much more amenable conditions in her Birch Cliff home.

A seasoned veteran in the field, the December dig was the 30th of her life and the second of the 2017. However, Hummel is a relative latecomer to Egyptology, the field she pursued her master’s in at the age of 40.

Studying ancient Greece in high school had fostered a passion for ancient scripts, and Hummel said she was “born interested in anything ancient.” It’s just a passion, she explained.

In the ‘50s at university she studied what were then-called Oriental languages—Hebrew, Arabic, and Syrian—and was offered scholarships to Harvard and Columbia. But an offer of a different sort complicated an already tough decision: her late husband, Reginald Alexander Hummel, proposed to her.

Unsure of what to do, she went to her professor and asked for his advice. With her educational path, he described a future working for a church, maybe, or among the stacks in a library. “I’d get married if I were you,” was his advice, she said. “So, I did and became a kindergarten teacher, but I knew I was missing something,” she said, explaining her decision to pursue her MA at the University of Toronto.

Hummel doesn’t appear to have any lingering regrets about not going Ivy. “I ended up with everything. I’ve got kids, grandchildren—plus I get to go to Egypt—I’m pretty lucky,” she said.

And as it turns out her focus on pottery was a fortuitous choice as well. There are few specialists in her field, she said, creating demand for her expertise. “Everybody needs a ceramicist—not necessarily an 80-year-old one—but they’re hard to come by,” she said. “That’s the only reason they have me. I couldn’t even walk up the mound because it was too steep,” she added.

Relationships forged in university haven’t hurt either. Because of the age difference between Hummel and her classmates at U of T, they were more willing to help her out, she suggested. “They were very friendly with me, ‘cause I wasn’t any competition,” she said. “We weren’t going to compete for the same jobs.”

One of her connections is bringing her to Arizona next month to the American Research Centre for a gathering of egyptologists. After that, Hummel doesn’t rule out another trip as soon as the fall. “Who knows, maybe I’ll see another old student who needs a ceramicist.”