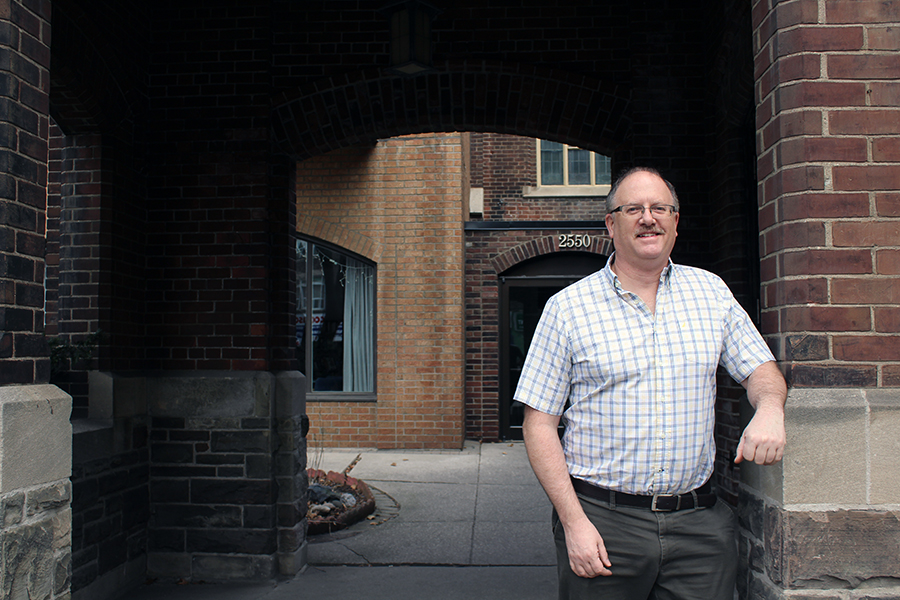 His job as an executive director at the trade group Canadian Manufacturers and Exporters was wearing him down with its relentless jet-setting demands.

“It was a lot of international travel. I was tired,” recalled Stevens.

Nearing 40, he started asking himself a big life question. What did he want to do with what he called “the next half” of his time on Earth. He found an answer in 2004 and made his move.

“I left my job, sold my house in Prince Edward Island, and went to theology school,” said Stevens. “It was one of those moments.”

If the decision to enrol in studies in Halifax, N.S., for a master’s in divinity at Atlantic School of Theology seemed brash, it wasn’t made before a lot of prayer or without a history of religious affiliation.

Stevens had already completed a diploma in youth ministry from the Atlantic School of Theology, after all. And he had been involved with a church since the age of 11.

“Church was always a place I was really comfortable in,” said Stevens, who fondly recalled playing the organ at his childhood church in Timberlea, N.S.

An accomplished musician with a bachelor’s in music from St. Francis Xavier University in Antigonish, N.S., Stevens had already gone on to serve as an organist at Trinity United in Summerside, P.E.I., for 12 years and more recently had the same role in Curtis, Ont., at Faith United, where he was music facilitator from 2007 to 2014.

Playing the organ is something he still does at Hope United Church, which he joined in summer 2015 as half-time supply minister before becoming half-time minister in January 2016.

The United Church of Canada’s treatment of musicians was one of but not the only reason Stevens, who was raised Roman-Catholic, decided get involved with the denomination.

“I was attracted by the social justice,” said Stevens. “The United Church of Canada has taken… very strong moves around same-sex marriage and the ordination of gay and lesbian clergy.”

The United Church, Stevens explained, dates back to 1925 and is an amalgamation of all the Methodist Churches in Canada, about two thirds of the Presbyterian Churches and a number of other congregational churches.

With Hope United, Stevens is working to create a welcoming environment at the church and further integrate it in the community, and he’s channeling his passion for music to help.

“One of the things we’ve been trying to do is to get our doors open and let people know our doors are open,” said Stevens. The church hosts jazz performances on the fourth Saturday of each month, noontime concerts, yoga sessions, and “messy church” events on the third Wednesday of the month from 5:30 to 7 p.m.

In Hope United’s case, a “messy church” isn’t an unkempt one. “It’s a way of doing church that’s not at Sunday morning, so you pick a theme and around that theme you’ll do crafts or activities or games or things to get people thinking… then you do a Bible story and some music and then you have a meal together,” Stevens explained.

It’s all part of Stevens’ approach to his role. “Mind, body, spirit”: all are important to the worship leader.

“It’s important that we’re physically well as well as spiritually well,” he said.

When it comes to the spiritual, Stevens said he wants his preaching to relate religious scriptures back to people’s lives at Main and Danforth. “I believe there’s still a great deal of relevance for Gospel teachings,” he said. The community differs from the more suburban areas Stevens has worked in previously, but he said he welcomes any challenges. “I’ve not worked in such a diverse neighbourhood before,” he said. “I love it. I love working here.”

In the short time he’s been here, Brian has become a major asset to the community. His direct involvement in local events such as the Main Square Fair for the past two years has been notable. His day-to-day outreach touches many local people as a positive influence. Thank you for a great article.