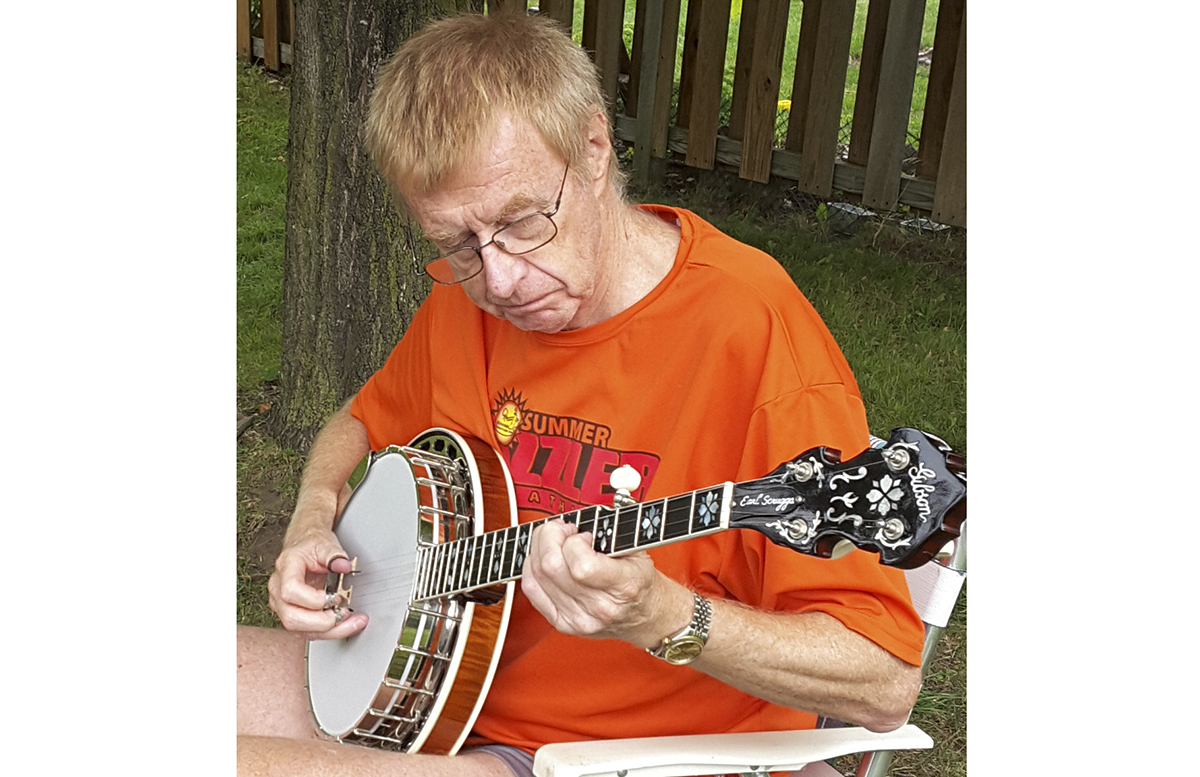 Upper Beach Paul Ryan has penned a song to honour his uncle who was killed during the Second World War. PHOTO: Contributed

August 19 marked the 75th anniversary of the Dieppe Raid but for some, this tragic day in history still feels like yesterday.

Upper Beach resident Paul Ryan knows all too well how closely the pain of that day can be carried by those who lost their loved ones. His mother still has portraits of her brother, Harvey, hanging on the walls of her home.

Harvey was one of over a million Canadians who served during the Second World War. He was also one of the many who lost their lives during the Dieppe Raid, also known as the Battle of Dieppe, on August 19, 1942.

And Harvey’s sacrifice is just one of the reasons Ryan, an accomplished musician, has taken it upon himself to learn not only the story of his uncle’s experience at Dieppe but to ensure Canadians remember those who gave their lives in order to provide us with the freedoms we have today.

According to Ryan, Harvey was only 17 when he enlisted in the Canadian army.

“There weren’t a lot of jobs and the army was the place to go. If you were a healthy male, you signed up and off you went… this was the case for Harvey anyway,” he said.

And though his mother – now 97 — knew Harvey had left to defend our country and the people within it, the family was left without answers when it came to the reason why he never returned home.

“They never really had any closure,” said Ryan. “[And] they were very close, one year apart. He’d have his buddies and she said they’d go rollerskating in the Sunnyside area [of Toronto] … they’d meet friends down there. So I thought with the internet, I could find out a bit more.”

Following some extensive research, Ryan connected with a woman named Janet Turvey, who he now calls the “Angel of Blue Beach” because of her tireless work to find and record information about every soldier who was involved in the Dieppe Raid.

Working together, the pair were able to discover that Harvey, a medic in the second landing craft, was hit by a bomb while tending to an injured soldier.

While the news brought sadness to his mother, Ryan’s research also allowed him to provide her with a letter from a friend of Harvey’s who described the events of that day as well as the bravery he showed during the raid.

“I gave it to mom and she had some mixed emotions about it,” he said.

While she was glad to hear of his bravery, and the note gave her closure following years of questions about what happened to her brother, the confirmation of his death still saddened her.

This mix of emotions gave Ryan pause for thought. How could he help his mother and those who suffered?

And so he did.

Ryan has since penned and recorded a track called, “I Was a Soldier” in order to honour the brave men who fought in the war and bring awareness to the events of that day.

“When you think about it, these guys what they did so long ago was the basis of what we have today. It was horrible. It was awful…and until you get into it you don’t realize,” he said of his inspiration for the soundtrack. “They gave their lives for Canada. I mean, how can you beat that?”

“I was a Soldier” by Paul Ryan