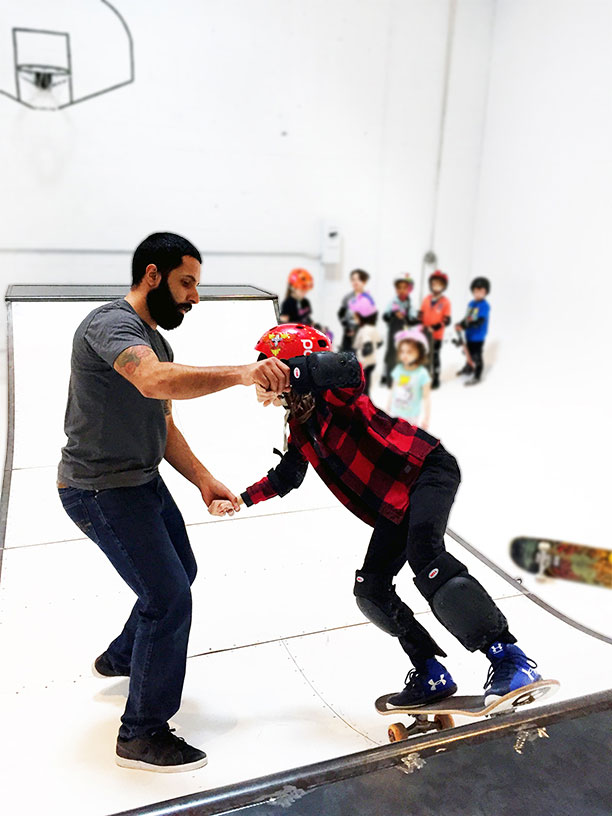 A new skateboard club is riding its way into the Beach.

But Impact Skateboard Club founder Yash Presswalla is no newbie to the sport – nor to building its East End community.

Instead of an official skate park, Presswalla and his peers would use areas such as empty school yards or parking lots to practice the sport and develop their skills.

After years of struggling to find open spaces, in 1998, a group of skateboarders lobbied and petitioned the city to create an official park for the skateboarders.

It was 2005 before they received news that they had finally secured money from the city to build a park. Two years later, the East York Skatepark located at 888 Cosburn Avenue in Stan Wadlow Park was born. It celebrated its 10th anniversary on May 27.

Presswalla credits this park for being “responsible for growing and strengthening the skateboarding community in the East End.”

Now in his 30’s, Presswalla has been running his own skateboard programs at East York Skatepark for almost a decade “in the form of camps, lessons and day programs,” he said.

But this year, he decided he wanted to give back to the community and do something a little bit different.

“This year I have established a new non-profit organization – Impact Skateboard Club – which seeks to provide programming to kids of all socio-economic backgrounds, while integrating various educational and arts programs through the lens of skateboarding,” he explained.

While the program aims to provide kids an opportunity to experience skateboarding firsthand, the club is also open to adults who want to learn and focuses on offering a fun, safe learning environment for all participants.

As Presswalla prepares to launch the Impact Skateboard Club summer camp, which he intends to host at various skate parks across the East End with East York Skatepark as the camp’s home base, he is also looking to the future.

“Moving forward in the fall, we are looking to secure an indoor space – preferably in the Beach area – as well as funding, which will provide assistance with the costs associated with equipment and programming, and to families who are otherwise unable to participate,” he said.

Having been a skateboarder for a large portion of his own life, Presswalla understands the benefits the sport can have for children and youth.

“I have found skateboarding to be an amazing jump-off point which can dramatically increase confidence, encourage a sense of community, and provide opportunities for leadership and mentoring among children and youth,” said Presswalla.

“I have witnessed the transformative effects it has on kids of all skill levels, and the sense of stewardship they develop over their skate parks and communities.”

Presswalla is hoping to continue his programming indoors throughout the year and plans to find a space that will be fitted with ramps and obstacles so that students can practice regardless of the weather outside.

And his plans don’t end with skateboarding – he also wants to incorporate art, music, reading and homework tutoring into his fall programming, which will run on the weekends as well as after school.