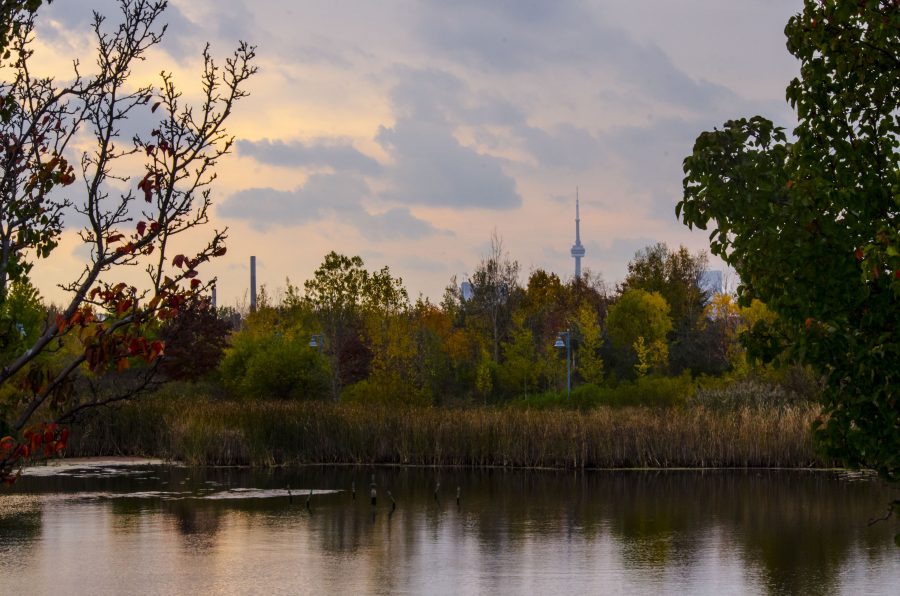 The Woodbine Park pond in the fall, when the fountain is turned off. PHOTO: Lara O'Keefe

Woodbine Park just doesn’t have the same flow that it used to. With the exception of a few lone ducks floating casually through the water, the pond remains still because the city has not yet turned on its fountain.

The water feature is typically seen spouting in all of its glory by mid-May. But as we enter the second week of June, the pond is like glass, leaving some residents wondering if the fountain will be turned on at all this year.

Northern Dancer Boulevard resident Michael Case said he noticed the delay almost immediately because it is one of his favourite features of the park.

According to area parks supervisor Stuart Slessor, the postponement is in part due to the fact that staff have been “unusually busy this time of the year because of different issues across the city.”

The city has spent the spring dealing with the aftermath of an unusually soggy spring and record-high water levels.

He did confirm, however, that the city is working to get it up and running as soon as possible and said that staff will be installing the jets for the ornamental fountain next week. Once these are installed, they’ll need to refill the fountain before restarting it.

And although residents near Woodbine Park may have a little longer to wait before they see the fountain, it’s not all bad news — Beach residents can finally enjoy the Ivan Forrest Gardens fountain which has begun to flow again after many years.

What’s your favourite water feature in the Beach? Let us know in the comments below!

What about the Fountain in the War Memorial in Kew Gardens. The basin is used as a garbage bin.

And what about the fountain at, ironically, the Filtration Plant? Hasn’t worked for years.

TomK, the fountain at the RC Harris is on!! (minus the statue that was stolen …)

That’s great! But I meant the drinking fountain on the southwest lawn. Not as glamorous, but welcome on a hot day.

Take a look at this and consider the wide implications. Its rather startling.
http://torontovoicescount.com/your-right-to-be-heard/