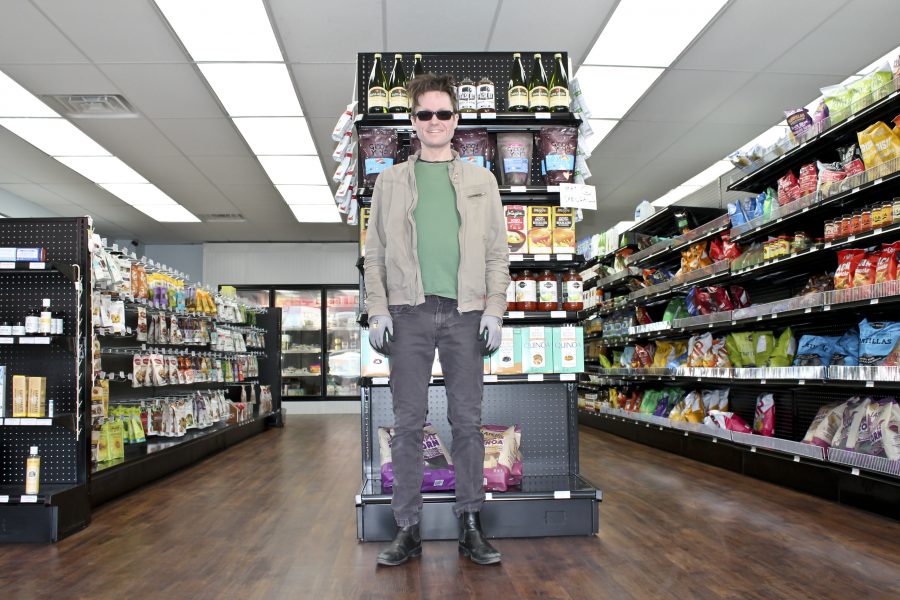 A healthy and happy Matt Coverly stands in his new store on the Danforth, May 9. PHOTO: Lara O'Keefe

Matt Coverly didn’t have an easy start in this world.

He was only four years old when he experienced his first run-in with death – he was eating a chocolate peanut brownie in kindergarten one afternoon when he suddenly went from being excited to asphyxiated.

But the same near-death experience that brought to the surface a slew of health issues was also the one that aroused his interest and passion for improving health through natural methods.

Now, at 40 years old, he’s making it his mission to share what he’s learned with others.

Coverly learned early that modern medicine could help save him – he was one of the first people in Ontario to have an epi-pen – but he didn’t realize until later in life that there were simple, easy methods of improving his overall health and well-being.

“Back then, there was very little knowledge of [allergies],” he said, explaining that he was in the hospital for almost a week after eating the brownie. “I was in this oxygen tent and breathing through tubes. I had needles all in me, and that kind of set off a series of crazy health issues.”

Coverly was far from cured when he was finally able to leave the hospital.

Instead, he began suffering from atopic dermatitis and ear infections, in addition to severe allergies.

Years later, in his early twenties, Coverly went on to become a local high school teacher but he was still suffering from a number of health issues including eczema so severe he was nearly immobilized.

“I’d stand up and it would crack and bleed and I couldn’t really get around,” he said.

It was a regular visit to the doctor however, that changed his perception about his health problems.

While visiting a new doctor, he requested a prescription for the medication he had been taking for years to help ease the pain from the eczema. Showing visible shock at the request, Coverly said the doctor began to explain that the type of medication he had been taking since he was a child was the same type of medication used to ease withdrawal symptoms in people who were being weaned off opioids.

“So that got me kind of thinking… what are the other side effects of these things,” he said. “I started reading a lot of labels and eventually I got rid of a lot of the environmental toxins around me and I started healing.”

Coverly admits the results didn’t come overnight but after “years and years my skin got like 90 per cent better [and] I’m walking now, and just walking is an amazing thing.”

Since then, his passion for health and nutrition has only grown, as has his drive to help others live life to the fullest.

“My goal is to help as many people as possible kind of reach their maximum potential and they have to be healthy first in order to do that.”

It’s a goal that his wife, Leilani, is also on board with – she is currently finishing her schooling to become a registered holistic nutritionist.

Coverly, on the other hand, decided that he would take his teaching out of the classroom and into his new Danforth health food store, Warehouse Organics.

“I just spent my whole life researching and philosophizing about food stuff, so I thought doing the store rather than teaching allows me to help people in a way that follows my passion more and I can help people on another level,” he explained. “My wife grew up just south of [the Danforth] and we just live a couple blocks away and we thought, well we would like a health food store in this area so there’s probably other people that would like it too.”

While knowledge and understanding of food-related allergies and health issues has increased, Coverly said he simply wants to “help people live.”

“There’s a lot of stuff out there that’s working to do the opposite,” he said. “And from my perspective, the healthier people are and the better food they’re eating, the better decisions they make, the clearer they think and the better society gets. [And] you know, the more life, the better!”