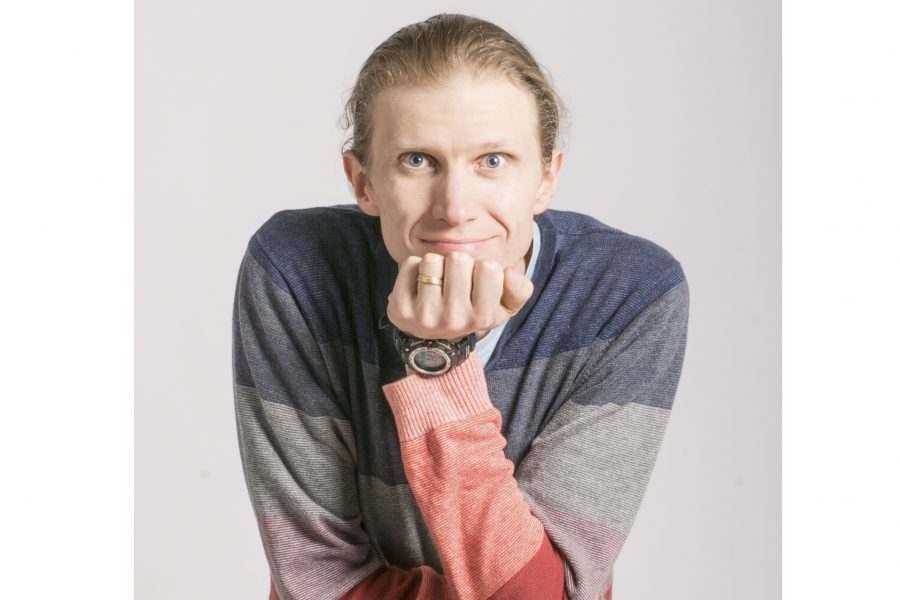 With Canada’s sesquicentennial fast approaching, many artists, playwrights and musicians have been hard at work in preparation.

That’s certainly the case for one creative Beacher. For Alex Eddington, Canada’s 150th birthday has meant the opportunity of a career – the chance to compose a piece of music for a professional orchestra.

“I was actually approached directly by the Toronto Symphony Orchestra with a full plan to commission me (and 37 other composers I believe) to compose a two-minute “Sesquie” piece for their Canadian Mosaic project,” he said. “It felt amazing to receive this commission, especially unexpectedly.”

The high school music and drama teacher – who is also known for his impressive work with Toronto’s Fringe Festival – has loved music his entire life and began playing the piano at age eight before taking up the trombone as a teenager.

But it was his experience at the University of Toronto Faculty of Music that led him to a career in composition.

“Within a year [of being at university], I had switched to composition and I’ve never looked back. I did a Master’s of Composition in Edmonton [at the University of Alberta], and really got into singing in choirs while I lived there.”

A true musician at heart, Eddington also learned how to play the accordion and the ukulele but said “first and foremost I’m a composer – and theatre artist – and person who is always trying to combine both music and theatre without having enough time for either!”

Although Eddington has found plenty of joy throughout his career as a teacher and musician, he said “this project is quite the highlight of my career! This is my first commission from a professional orchestra and first performance by the Toronto Symphony. They are such good musicians and I’m thrilled that they are premiering a piece of mine.”

“Since my ‘Sesquie’ is a co-commission between the Toronto Symphony and the Mississauga Symphony, I wanted my piece to be tailored to Mississauga in some way. I love landscape and landmarks – many of my pieces have been about very specific places. Mississauga’s recently built Absolute World towers (sometimes known as the Marilyn Monroe towers) are wonderful. You can see them from [almost] anywhere in the GTA, and I always find them inspiring,” he said. “So I wrote a piece that bases its notes and rhythms on the same mathematical concept as the larger tower’s rotation. Then there are fanfares that jump out as the spiral gets dizzyingly higher. It’s quite a raucous little piece!”

Part of the excitement came from the request to create a song only two minutes in length.

“It’s quite a challenge to write a piece that is only two minutes long, but that also has a convincing arc and feels complete at the end,” he said.

But Eddington rose to the challenge, embracing the open creative guidelines (the only restrictions were the length and that it was to be a piece for a full symphony orchestra) to create the “Dancing with Architecture” piece that had been knocking around in his head for years.

As for the sesquicentennial celebrations themselves, Eddington said that he’s looking forward to “the energy of the event [but] at the same time, I’m very aware that Canada 150 should really be “150+”, and I like how this year is opening up more conversations about the history of our country that extends long before Confederation, particularly around the cultures of our First Nations and the artists keeping those cultures strong.”