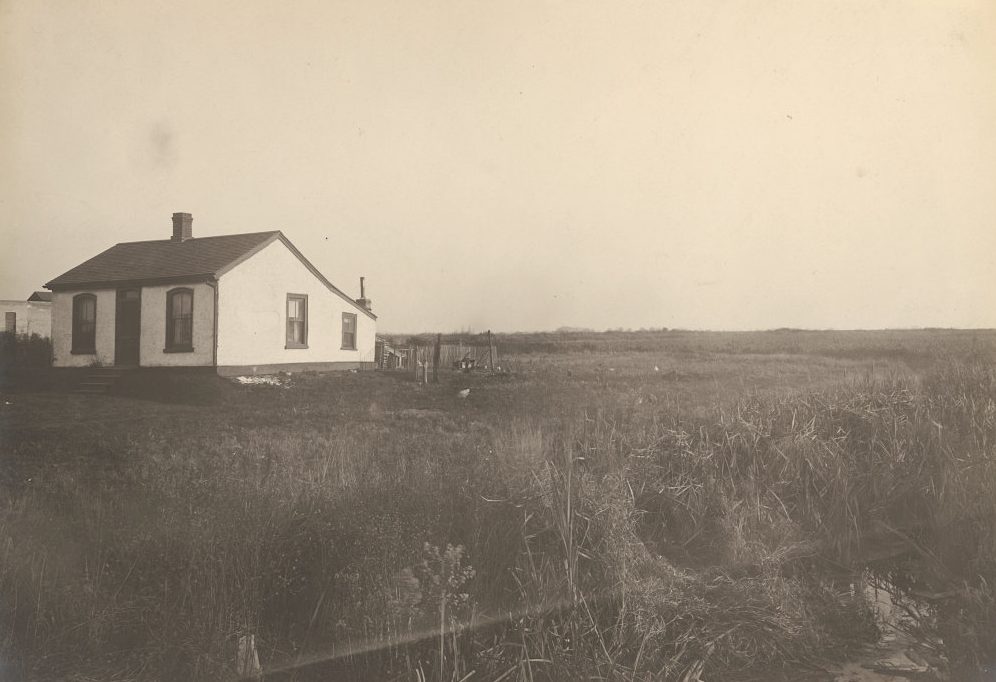 One of the most interesting geological and historical questions I often hear is, What is the connection between Ashbridges Bay and the Beach?

Well, dear readers, I will try to explain this controversy as well as I can.

Ten thousand years ago, there was a great ice age in what is now Ontario. When this massive ice age subsided, it left a lake called Lake Iroquois, which in our present Beach area was as high as the Scarborough Bluffs and went to the Niagara escarpment. To continue our simplified explanation, when that lake subsided, it became the present Lake Ontario.

When you view the present Bluffs you can see the wind and water currents take dirt and sand off the Bluffs and blow it westward. This wind made a strip of land from approximately Victoria Park to the present Toronto Islands – this became the southern part of what we refer to as Ashbridges Bay. The Don River flowed into it, and the western side became Toronto Bay.

So here you have this body of water extending from the present MacLean Avenue, several hundred years ago to the fresh water of the Don River.

The bay was teeming with wildlife, and a natural wildlife preserve for our Indigenous people who hunted and fished in these waters.

There were many streams that flowed into the bay in those days. There was no Queen Street or Kingston Road; there were many natural hills and valleys – an idyllic scene until progress moved in. The Europeans came first, then the French, and later the English, all building on top of the wilderness.

One of the first settlers was an American family called the Ashbridge’s, led by their matriarch Sarah Ashbridge. They settled down on what is now Queen Street, from Greenwood Avenue to Coxwell, and up to the Danforth. They were farmers and bricklayers, and the namesake for Ashbridge’s Bay.

Later, other settlers came. Among the first, a British soldier called Joe Williams. He settled on approximately 20 acres of land in 1850. He named his land Kew Gardens, after the famous botanical garden in England.

Originally, there were many different names for the beloved strip of land along the lakefront, home to hundreds of summer cottages by the 1800s and early 1900s.

Slowly, the land morphed into a more residential area, although entertainment is still a big part of its use.

Ashbridges Bay was filled in with earth and sand, and today, the Beach remains.