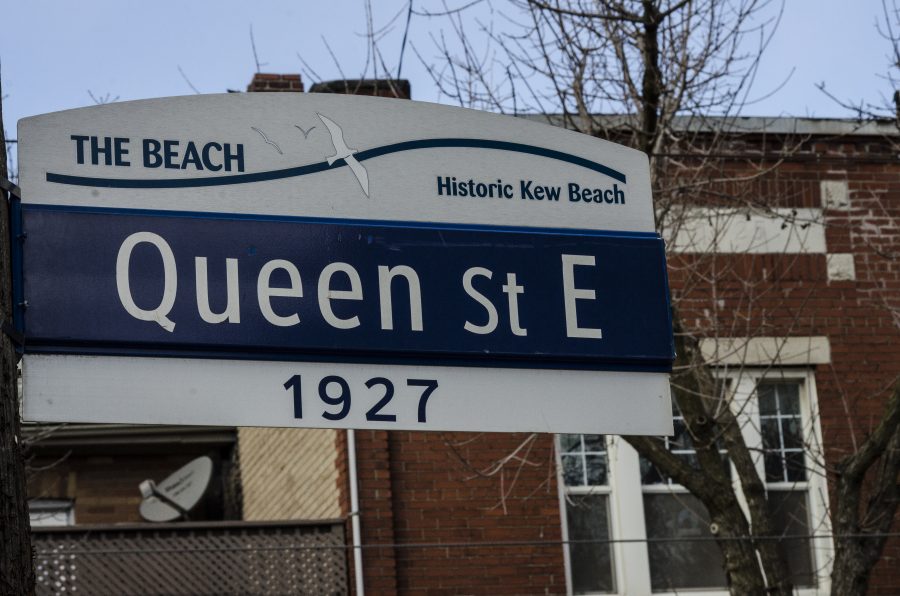 Summer is fast approaching and, for many, that means patio season is on the horizon.

For diners in the Beach area, it could also now mean access to more patios and bigger restaurants.

“Calling all restaurateurs — the Beach is open for more (and bigger) restaurants,” stated ward 32 councillor Mary-Margaret McMahon on social media after the April 26 vote.

The existing bylaws surrounding long-standing restaurant restrictions along Queen Street East have been a topic of discussion for a number of years, with ward 32 councillor Mary-Margaret McMahon repeatedly pushing for changes to the bylaws which left the Beach with the smallest restaurant size restrictions in the city. Those bylaws contributed to empty storefronts on Queen Street East, argued McMahon, noting last year that they caused West End restaurants to back out of plans to open spots in the Beach.

Past restaurant rules stated that restaurants could be no more than 165-square metres in size, exclusive of mechanical equipment, and could have a front patio only. Restaurants were required to provide one parking space per 100 square metres of floor space used in the restaurant.

The new bylaws — passed at yesterday’s regular council meeting — state that restaurants can now be 200-square metres, exclusive of the space used for washroom, kitchen or mechanical equipment, and allow a front patio as well as a flanking patio that is 50 per cent of the depth of the building. The bylaws also state that there are no longer any parking provisions attached to the restaurant.

“In 2017, we have found that restaurateurs want more freedom to create successful dining establishments. It is my hope that this change will help us attract new businesses and add more vibrancy to the Beach,” said McMahon of the changes.

Disc jockeys and dance floors are prohibited however, so those who were hoping to dance the night away will have to go elsewhere.

For those concerned about an increase in noise in the neighbourhood, the new by-law also comes in conjunction with the City of Toronto’s recently released Good Neighbours Guide, which outlines the policies and requirements placed on restaurants in the neighbourhood.

Among these are ensuring that noise on the patio does not disturb local residents, ensuring that waste is properly sorted and the establishment is free of litter, cigarette butts and gum, and posting “No Smoking” signs at entrances and exits.

So much for a return of the Lido’s dance floor 🙁 , and now we’ll have even LESS room to walk (after dodging wide-body strollers (the things carrying babies folks), the exploding canine population and not to be left out, the charging heads-down texters!) – geesh

The by-law is still far too restrictive. Why is the city dictating the size of restaurants and the existence of dance floors? No wonder there’s so much vacant space on Queen Street when the city is telling people how to run their businesses.

This is a proposition that is unwinnable. You simply can’t please everyone, and occasionally you can’t please anyone. A resolution requires someone to stick-their-neck-out and disclose their position. That’s leadership I guess. Whether you approve of the current Politian(s) or not, they have to make a decision. It’s expected however, that decisions are attributable to the results of stakeholder consultations. If the consultations are meaningful and legitimate, then so are the resolutions. In this case I think the Councilor took the correct action. The same scenario seems to apply to the Kew Gardens Project. There are almost 60,000 residents in Ward 32. Maybe and to be generous, 100 of them complained about the project. The Councilor got the job done partly by using the rules of acquiescence. ( I did attend the consultations for the Kew Project and did find it architect driven.) If this project is successful this summer, my experience is that many other people will take credit for it.

I can’t always govern by referenda and plebiscite. In my view, the critical mass is community consultation and that means the residents have to speak up. If hey don’t they may have no basis for a complaint.

Ira – with regards to Kew, this was a project where the Councillor and the BIA decided, without consulting the community, how to spend money to change a major public space – and the cost ballooned from $400,000 to over $1 million. The public consultations were a sham and poorly run.

It used to be said that is an MP at Queens Park received a letter, it represented at least 100 people who are too busy to take the take the time. There are not 60,000 people in The Beach – only in all of Ward 32 going up to the Danforth and over to Leslieville – far fewer people live in the vicinity or use the park regularly. The million dollars look cheap – the benches are ugly and there is too much paved area and we lost the views of the flowerbeds that many people loved as they were. The paving around the memorial needed to be replaced and the sidewalk could have been widened with a few extra benches – and the rest of the money used for things like getting rid of hydro polls or making other improvements to Kew or to Queen.

I know many people who feel the current councillor doesn’t listen – and she places businesses and property owners above residents. With condos, she has pretended to be on the side of residents, but she won’t stand up to the planners and in fact is pro-development because she thinks building a condo will save an acre or two of farmland somewhere. With the restaurant rules, it was pretty clear all along she had made up her mind before any study was done.

Well, I guess I attended the wrong community consultations. In fact, your first paragraph is either stupid, or ignorant or a lie. I was at these meetings! I voiced concerns! Where were you? All the concerns I expressed were dealt with rather well.

Are you a desperate man who leverages everything he can to get elected by any party or any level of government that will take you?

As far as the Ward population goes, I guess you should call City Hall and correct them considering that’s were the number comes from.

As far as the Councilor is concerned well. that’s the burden of leadership.

I sure hope these changes reduce the number of boarded up storefronts and thereby make the streetscape a little less South Detroit and a little more Beach.