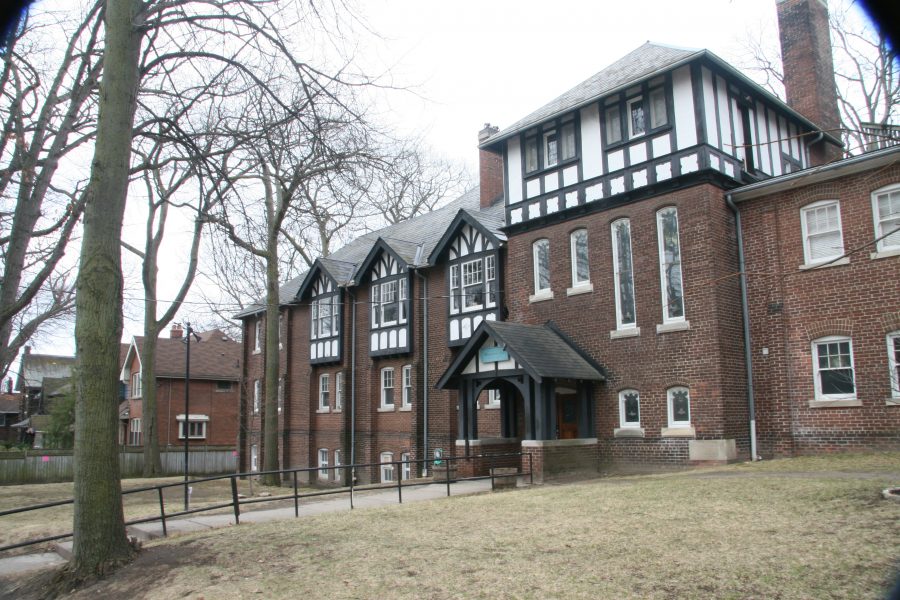 From November until this time of year, the doors of St. Aidan’s open to the homeless on Monday nights. For 11 years now. Like the lake at the bottom of the street, there’s a rhythm to it.

From across the city, the guys arrive at the Silver Birch doors mid-Monday afternoon. Michael is there to let the first 25 in, out of the cold, at about 3 p.m. The boys from Neil McNeil will have been and gone, sleeping mats arrayed, dining hall set – “just so”, as Frank requires.

Gene will have delivered milk and the bread from Cobs. A volunteer will have swung by Starbucks at Kew for an urn of coffee, Tori’s Bakeshop for goodies and Bagels on Fire for dozens of the obvious. The afternoon shift will have arrived to lay this bounty out. Homemade soup, courtesy of the Soup Queens, will be hot when the guys come in. Nurse Jenn is there to care for feet.

Maybe upstairs in the kitchen, or maybe offsite, a team of volunteers is cooking dinner for 70. Musicians, with Brad and Dave on soundboard, will be tuning on stage. The dinner crew will already be elbows deep in dishes. Candles lit and lights dimmed, guests drift into Memorial Hall. Grace. Music. It is, as Valear puts it, “radical hospitality” that is practiced here.

Those just here for dinner head out into the night after dessert – some to homes, some as close to warmth as security guards will allow, some to the ravines. Our overnight guests retreat downstairs – some for a movie and popcorn, some straight to bed.

Morning comes early and so does the morning crew. Some guests will forgo the bacon and eggs and head out into a dark morning. But all will be gone by 8 a.m. with a brown bag lunch and a Tim Horton’s card to make the day easier.

Our country used to do better – we even had a few shining moments. It was a Canadian, after all, that was called upon to serve as the Principal Drafter of the UN’s “Universal Declaration of Human Rights.” Therein, housing is recognized as a right. But in the mid-’90s our federal government announced what it already put into practice – an end to federal funding of social housing. Let the provinces deal, it said.

I was working for the ministry of finance when our provincial government declined to deal. Over to you, cities, it said. And I was down at Toronto city hall only weeks ago, with faith leaders and other Out of the Cold chairs, to plea for maintenance of staffing in our city’s shelter system. We lost.

And so we find ourselves with nearly 200,000 Torontonians on a list for affordable housing. With an overcrowded, under-resourced shelter system. With wage and social assistance levels that leave many nearly without a home. Without healthcare and social services to meet the need. And, with an Out of the Cold Program that was only ever meant to be temporary.

So the guys come back Monday after Monday, winter after winter. And so we come back, too. They are us – brothers and sisters of a sort. And because they are without, we will share. And because it is cold outside, we will let them in. Until someday, we hope, we won’t be needed.

Thank you to the many who help keep the doors of St. Aidan’s open to those in need of warmth. Out of the Cold’s final Monday dinner of the season is April 24.

Matthew Kellway is Chair of the Out of the Cold program at St. Aidan’s and former NDP MP for Beaches-East York

Thank you to Matthew Kellway and his hard-working colleagues for providing such compassionate and non-judgmental care to those who visit the Out-of-the-Cold program on Monday evenings at St. Aidan’s. As Matt points out, the deeper-rooted issues that make the OOTC program necessary need to be addressed until such time the program won’t be needed. This eloquently written and insightful opinion piece demonstrates what a wonderful and dedicated MP we had in Matthew Kellway! Perhaps we can convince him to consider a return to politics!

Matthew just defined the one of the roles of the Church in the community. The folks at St Aidan’s should be congratulated.