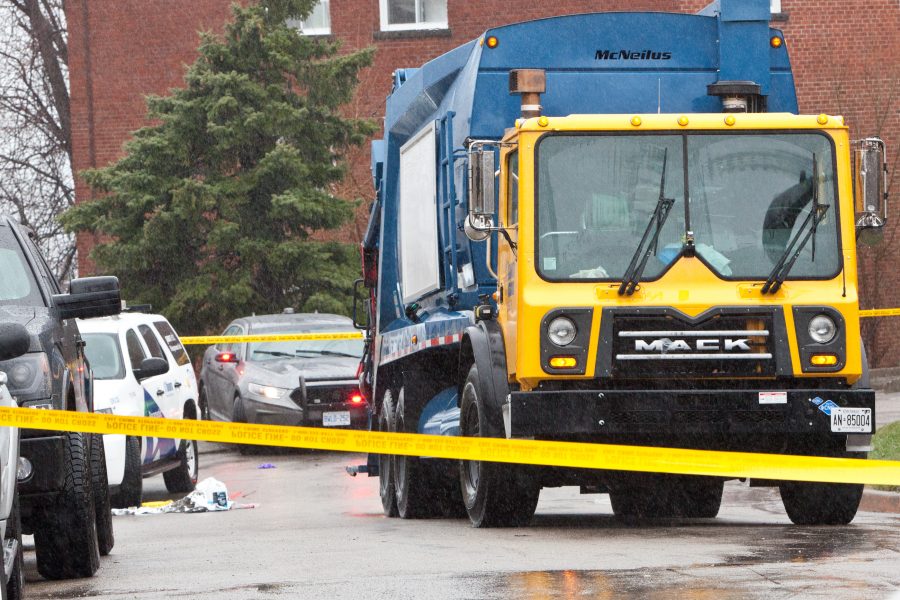 Police investigate at the scene of a personal injury incident in Cliffside, April 6, 2017. PHOTO: Phil Lameria

Last night, a 59-year-old woman succumbed to injuries sustained after falling off a garbage truck in Cliffside on April 7.

The incident happened around 2 p.m. Friday in the Folcroft Avenue and Cliffside Drive area.

A police release sent out that morning said that she was “standing on the rear passenger side of a 2016 Mack garbage truck, with a 52-year-old man driving the truck, eastbound on Folcroft Avenue, approaching Cliffside Drive.”

She suffered a medical episode and fell off the truck, said police, who assisted in an emergency run to get her to the hospital quickly.

A memorial will be held in Diane Chicoine’s honour on Thursday, April 13 from 7 p.m. to 8 p.m. at the corner of Cliffside Drive and Folcroft  Avenue.  Family, friends, coworkers and the public are invited to gather and pay their respects by lighting a candle in her memory.