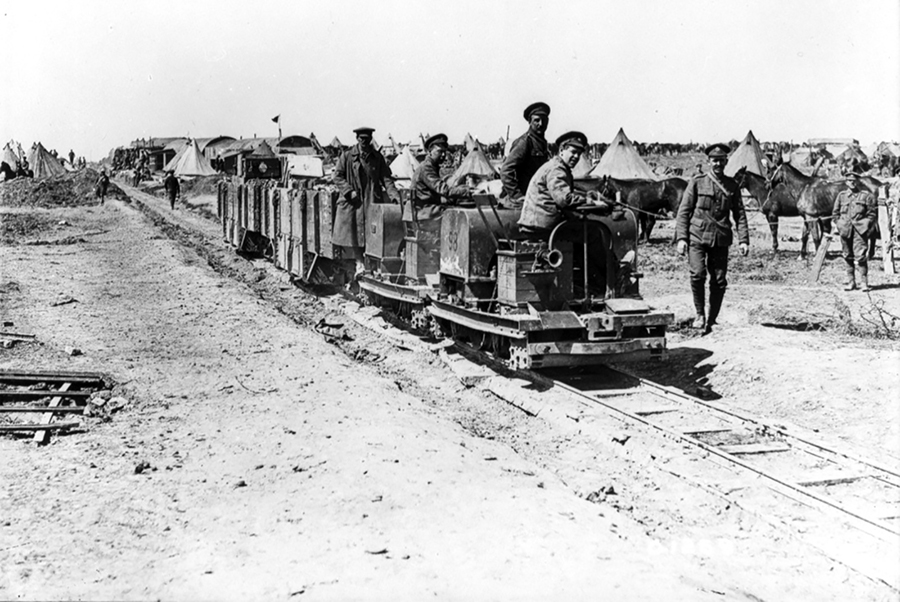 In the Centenary of the First World War being marked between 2014 and 2018, no date will be more talked about than April 9, 1917, the day Canadian troops successfully attacked a seven-kilometre stretch of Northern France known as Vimy Ridge. Apart from the fact that upwards of 25,000 people are expected to travel to the memorial that now stands there on the 100th anniversary of the battle, it is also one of the most remembered dates in Canada’s 150-year history, including here in the Beach, home to hundreds of local men who fought in the battle.

The reasons for this are complex, a subject well covered in the current No. 1 nonfiction best-selling book Vimy: The Battle and the Legend, by Canadian historian Tim Cook, who spoke to members of the Central Ontario Branch of the Western Front Association March 25. Essentially, Vimy is remembered as the “birth of a nation” because Canadians wanted it to be remembered that way. Through the years, when the Great War was commemorated in Canada, there was a conscious effort on the part of politicians, the media and the public, to make Vimy the symbol of our standing as an independent nation loyal to, but distinct within the British Empire.

In his work, Cook traces the events of the battle, the first and only time all four Canadian divisions fought together as a corps, but also continues the story through 1936, when the splendid twin-towered monument north of Arras was officially dedicated with 7,500 Canadian pilgrims and 50,000 grateful French citizens in attendance. He also updates the legend of Vimy to the present when the event is still held as a significant moment in our history, both for the pride it instilled in us, but also for the near rending of the country in two as a consequence. The losses at Vimy were the worst in Canadian military history: 10,602 Canadians were lost as casualties over the four-day battle, 3,598 of them killed. This created an urgent need for reinforcements in a time of declining volunteer enlistment and was one of the main causes of the Conscription Crisis of 1917.

Miraculously, only one alumnus of Malvern Collegiate Institute (the focus of this writer’s research) was killed at Vimy, and it happened on April 8, the day before the assault. Thomas Murray Watson, the son of Thomas Watson and Mary McMillan, enlisted in the Canadian Expeditionary Force in March 1916 and sailed for England in July. By November he was in France and reassigned as a reinforcement to the 20th Battalion (Central Ontario Regiment). After spending the winter months at the front and taking part in preparations for the Canadian assault, he was killed by an exploding shell while a member of a carrying party assisting the 4th Trench Mortar Battalion. We are told he was originally buried near Aux-Reitz with cross number 986 but then this grave marker was likely lost. We now have no idea of where he ended up — this happened to a vast number of men, which is why his name is engraved on the Vimy Memorial.

Malvern alumni Robert Dewdney and his brother Thomas, who farmed with their father Athelstan on Pharmacy Avenue in the Wexford area of Scarborough, both joined the CEF. Robert was shot in the arm and ankle during the initial assault on Vimy and was sent home to Canada in February 1918 after months in hospital. He died in Bracebridge in 1981. Thomas was captured in 1916 and spent the remainder of the war as prisoner, forced to work in an iron foundry and being beaten and abused. He also died in 1981.

James and William Carswell, 103 Balsam Ave., were two more brothers who joined the CEF and fought at Vimy. James, a sergeant, was the father of Beach resident Andrew Carswell, who served with the Royal Canadian Air Force in the Second World War and wrote a book about his experiences as a prisoner. James served with the machine gun corps and fought at most of the major Canadian actions, including Vimy, Passchendaele and the actions of the 100 days campaign that led to the ending of the war. William, a private, served with a cyclist division initially, and when bicycles were proven to be of little use in trench warfare, he served with the infantry performing duties such as stringing wire and clearing battlefields. He was also present at most of the major battles of the war.

Although most people think of the CEF soldier as an infantryman with a round-brimmed helmet and rifle, many were members of the various services units that prepared the way for him. Among them was Malvern grad Capt. Charles Szammers, known by his middle name, Frank, who joined the CEF as a member of a Pioneer battalion to do construction work, and rose through the ranks to become an officer in charge of operating the narrow-gauge railways that helped feed the guns at the front and transport soldiers both to and from the battle, including the wounded. Szammers was awarded the Croix-de-Guerre by a grateful French army, who fought on the right of the Canadians at the Battle of Amiens in 1918.

On April 9, the 100th anniversary of the battle, Canadians will again think back to a time in our history when national pride was at its peak and retell the story of Vimy, adding more layers to the legend of our “birth” as a nation, to be sure, but also reminding themselves of the sacrifice so many Canadians made in one of the most terrible wars in human history.

David Fuller is a writer and historian and a member of the Malvern Red & Black Society. He will be hosted by the Beach and East Toronto Historical Society on April 11 from 7:00 p.m. to 8:15 p.m. Fuller will speak about the battle of Vimy Ridge on its 100th anniversary at the Beaches Library at 2161 Queen Street East.

I think the date for David Fuller’s talk at the Beaches Library is April 11. Please check and correct if necessary. Inside Toronto has it listed on April 11.
We who work in the Malvern CI Archives are grateful for all of David’s research, writing and public speeches. He has done a fine job.

I avoided commenting in the story, but Tim Cook’s a fantastic writer and this is another wonderfully exciting treatment of Canadian history, which he is especially known for. I can recommend anything he’s written, but above all his two volumes on the CEF.