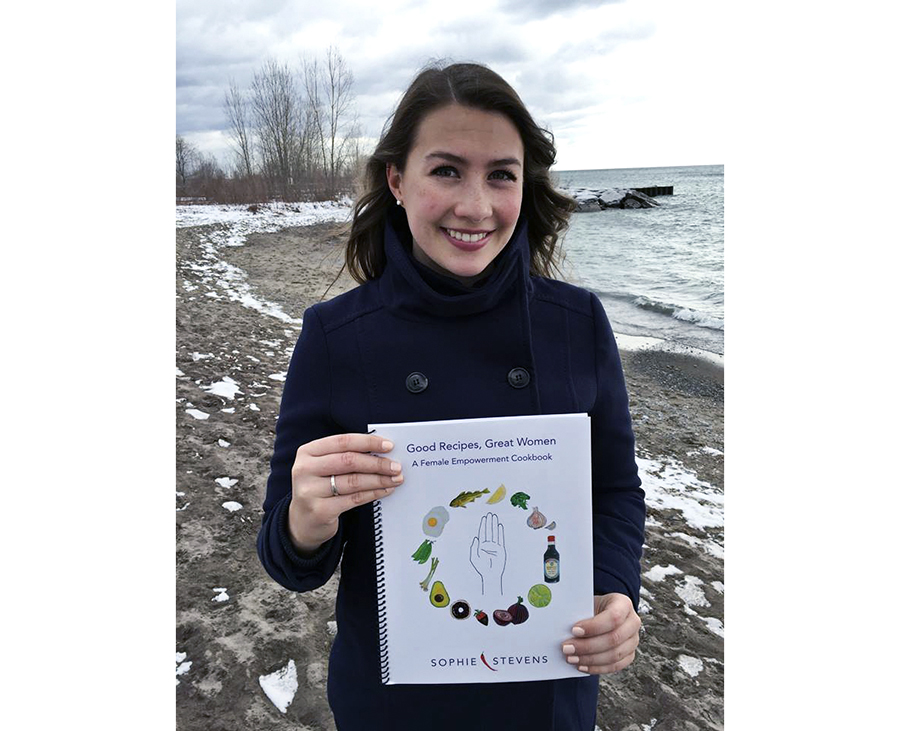 She may be young, but Beach resident Sophie Stevens is already making a name for herself as a global changemaker.

“No matter what people say you’re never too young to make a difference” she insisted.

The first year university student has been volunteering with Free the Children since 2009, even acting as president of her school’s Me to We club while she was in high school.

Five years ago, Stevens had the opportunity to travel to Kenya with Free the Children and it was that trip, she said, that truly opened her eyes to the struggles faced by women globally. It also taught her the difference we can make by providing those women with the tools they need to support themselves and their families.

Although female empowerment has always been important to her – Stevens is an only child who was raised by a single mom – it was the trip to Kenya that grew her passion for the cause.

“When I was in Kenya I had the opportunity to build an all-girls secondary school called Oleleshwa,” she said. “So I’ve seen with my own two eyes the amazing things girls and women can do when given the opportunities.”

This May, Stevens will be building another school, this time in Ecuador where she says they are “at the pinnacle of female empowerment.”

According to Stevens, “Free the Children has a female empowerment program in the Andes, which was started by a woman named Maria. She was the first to leave in pursuit of a higher education and she’s returned and is working with Me to We.”

Maria has since developed a program that allows women in the Andes to create and sell products that are indigenous to their culture, thereby giving them the opportunity to make money that goes toward supporting their children, or even their own education.

In order to raise money for her trip, she decided to look closer to home for inspiration. She has created a special edition cookbook called Good Recipes, Great Women, which includes interviews with 30 women from various professional backgrounds ranging from politics to media to fashion.

Along with sharing personal stories about empowerment and their experience with breaking through the glass ceiling – many of the women in the book work in male-dominated industries – each woman also shared a family recipe that was near and dear to their heart.

Stevens said she was pleasantly surprised to find that sourcing women for the book was easier than anticipated.

“Some of them I know personally, some I saw out in the neighbourhood. The person from Peace Collective, Lisa Diep, I had bought a shirt from Peace Collective and I thought, ‘Hey, let’s Google them.’ It turned out she was one of the only females in their office, like one of the head people. So Lisa [then] suggested someone for me and [ward 32 councillor] Mary-Margaret McMahon suggested two different people to me.”

Word spread so quickly about her cookbook that Stevens said she even “received a personal email from Kathleen Wynne who was really excited about the cookbook and wanted to be a part of it.”

While proceeds from the book will go towards sending her to Ecuador, Stevens hopes the stories and messages will have a more lasting impact and will showcase the important work many women are doing now to pave the way for other women in the future.

Trying to make a positive change in the world can be overwhelming but Stevens says that’s why it’s so essential to remember, “I’m one person, but [if] I’m surrounded by people who have the same ambitions, mountains can be moved.”

Good Recipes, Great Women is currently being sold at Lazy Daisy Cafe (1515 Gerrard St.E.), Dreamer Hair Design (953 Kingston Rd.) and Victoria Whole Foods (1450 Gerrard St.E.). Stevens is also taking orders by email at Goodrecipesgreatwomen@hotmail.com, but if you can’t purchase a book, Stevens says that’s OK too. She simply wants people to “take a second to look around you and really just make a difference in whatever you can and whatever way is meaningful to you. Everyone deserves a chance at the happiest and most fulfilling life.”