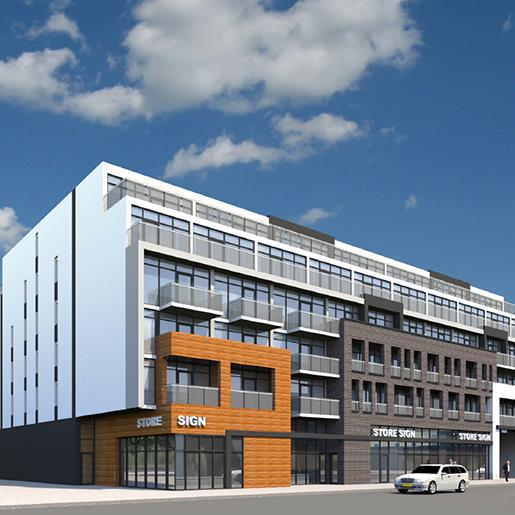 Toronto and East York Community Council gave their stamp of approval January 17 to a proposed six-storey condo development at Coxwell and Queen on the KFC lot.

The developer’s application requested several bylaw amendments involving height, density and setback for the properties at 1624 to 1630 Queen St. E.

The development as proposed is a six storey mixed use building with a maximum height of 19.5 metres (plus mechanical penthouse) and a maximum density of 3.6 times the area of the lot.

Retail will front Queen Street East at grade with five storeys of 93 residential units above.

City staff recommended councillors approve the amendments, noting in their report that “the proposed building represents appropriate and incremental intensification along Queen Street East that conforms with the official plan and is generally consistent with the recently adopted Queen Street East – Coxwell Avenue to Nursewood Road Urban Design Guidelines.”

City council will consider the application at its January 31 meeting.