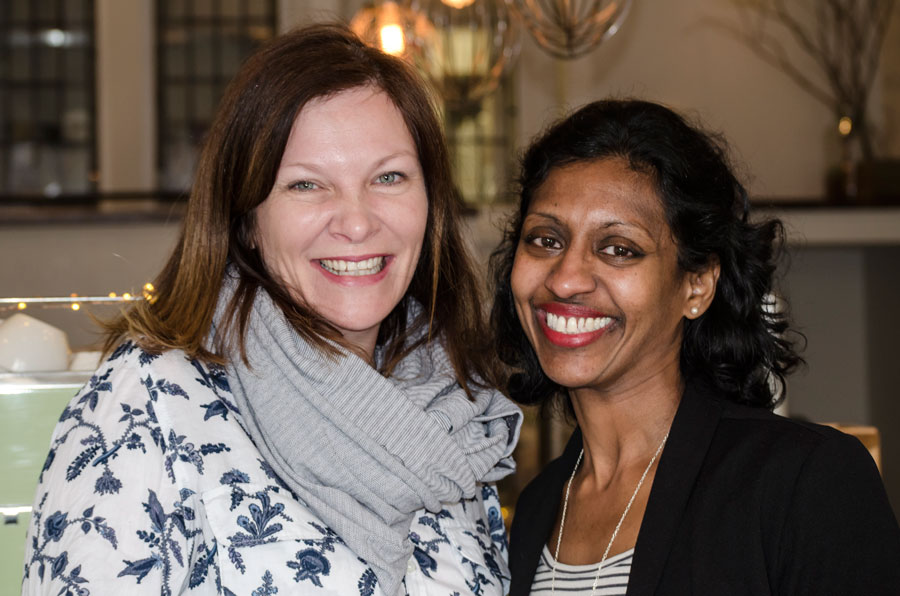 Beach residents Emma O’Farrell and Sheila Frost decided it was time to get back to their British roots – and facilitate others getting in touch with theirs, as well.

The pair recently launched a community group called the Beaches British Meet Up, aimed to bring together anyone from Britain, new or old, those who are the offspring of British parents, or even people who have lived or worked in Britain.

O’Farrell, who hails from the London area and has lived in the Beach for just over two years, said she “came here and felt immediately at home. It reminded me very much of England. And I just kept on bumping into British people.” That included Frost, originally from Manchester, who quickly became O’Farrell’s close friend.

Frost came to Toronto for a year on assignment during university and had friends in the Beach.

“I used to come every year and I said if I ever (move) here, it has to be the Beaches. Because as Emma said, it’s got a European feel. It really does. It’s the best spot to be to have that closeness with Europe, isn’t it?” she said.

Starting a Beach British meetup had been on O’Farrell’s mind for awhile – she had previously been part of a larger British meetup – so when she learned that Frost would be leaving her corporate job, she saw an opportunity, asking Frost, “What about doing this Beaches meetup? It would be really great to get together people who are from an English background or some similar background.”

The two wanted to encourage their British friends to put down roots in the Beach. Having watched a number of them come and go, Frost noted “I think that’s the point that did it for us because Emma kept saying, ‘Oh there’s a lot of my friends going back because they’re home sick.’ And I said, ‘We’ve gotta do something about this!’”

O’Farrell said she wanted to create a meetup that was more community based to allow people to really get to know one another and build stronger, lasting friendships.

“What I found about the other group was that it was really nice to connect with people from back home. So you could talk about…I don’t know, Coronation Street,” O’Farrell laughed.

“That kind of thing that you can relate to. Like if you took a Canadian out of Canada they would miss hockey and Tim Horton’s. It’s like two staples in a Canadian’s life. So it’s just the things that you miss,” she said.

Speaking about the things they miss, the two get excited when Frost brings up the topic of curry, the number one food in England.

“We all love curry. So we’re probably going to try a curry night,” she said.

As for their favourite curry in the Beach?

“Same for me,” agreed O’Farrell.

The two have a long list of ideas for upcoming events including quiz nights that will feature British cookies, candy and prizes, gatherings to watch the World Cup, but said that “it’s about just bringing people together and having a nice time and making new friendships,” said O’Farrell with Frost adding, “and bringing community together, because it’s the key.”

“It’s just a sense of belonging somewhere,” said O’Farrell. “Your home is always going to be your home. It’s a part of who you are and no matter how old you are or how far removed. You’re always going to miss or hanker for it.”

For more information or to find out about upcoming events, visit the Beaches British Meet Up Facebook group.

Would like to join your group..I’m a Brit from London. Let me know when you meet. Thanks