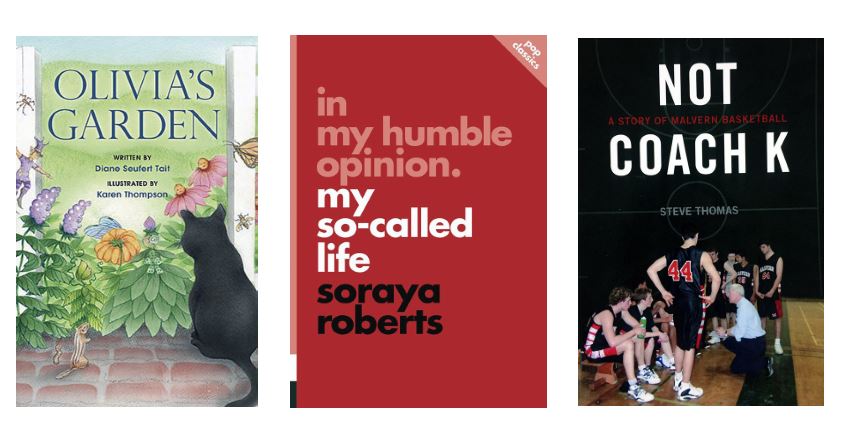 “Confessions of the Hairstylist”

It’s fun to step into the life of Beach hairstylist and personality Anastasia Kravtsova. With a zest for self-promotion, her social media channels are filled with bubbly videos and warm posts about clients and friends – and, recently, photos and updates about her latest endeavour, her new autobiography “Confessions of the Hairstylist.” This peek behind the smock, if you will, tells Anastasia’s story, the stories of her clients, and life lessons learned along the way. Her inviting smile and outgoing personality hide a not-always-sunny past. From her early life in Ukraine and escape from a violent relationship to her decision to follow her heart and become a hairstylist, Anastasia’s encouraging story is one of staying true to yourself and your friends – while learning some tips to look and feel your best while you’re at it.

Her first attempt at memoir — positive, passionate, and raw — Anastasia’s big personality shines through, and she’s at her best when telling stories as she might if you were in her chair at her Queen Street East salon. The book, like her job as a hairstylist, works in several ways – part therapist, part gossip, part maintenance – and would also work as a light introduction to the industry for anyone considering the field.

Oh, to have a magical garden! With fairies to tell you what to plant, and where, coveted crops turning up out of nowhere, herbal protectors from the elements — my not-so-green thumbs would be in heaven. In the world of Olivia’s Garden, a book for young readers from East End writer Diane Seufert Tait, such magic is the earthly reality.

The 37-page book, divided into chapters with a helpful appendix of plants featured in the book, is beautifully and simply illustrated by Karen Thompson, Seufert Tait’s’ garden buddy and title character’s namesake. The reader enters Karen’s garden — which is helped along by a queen fairy named Olivia — and gets an education not only in gardening, but in trusting your gut, gratitude, and the gift of friendship.

Charming, whimsical, yet practical — drought conditions get a fair amount of attention — this book, which hints at being the first in a series, would work well as a teaching tool for young gardeners, with enough heft to hold the attention of older gardeners who might read along.

In My Humble Opinion: My So-Called Life

I was first introduced to the fantastic ECW Press Pop Classics series at a friend’s cottage two summers ago. In the span of an afternoon, I devoured Adam Nayman’s take on why the movie Showgirls not only “doesn’t suck” but is, in fact, a cult classic of serious satire and well considered camp. It was a delightful read, one that I was happy to be reminded of when East End journalist Soraya Roberts’ Pop Classic In My Humble Opinion: My So-Called Life landed on my desk late this summer.

Unlike Showgirls, which bombed at the box office and took years – and critical re-examination like Nayman’s – to be even remotely accepted, the short-lived ‘90s show My So-Called Life was a critic’s darling right out of the gate. For girls of a certain age, this show is THE show – a realistic portrayal of life as a teenage girl in the midst of third-wave feminism and shifting generational ideals, a show that either confirmed or helped shape our world view. Angela Chase, Jordan Catalano, Ricky, Rayanne … [insert heart-eyed emoji – or would a side-eye emoji be more appropriate?].

With such a devoted fan-base and critical acclaim, articles and discussions about My So-Called Life are easy to find on the Internet – “What I learned when I re-watched My So-Called Life as an adult”; “Let’s deep dive into the ‘My So-Called Life’ episode ‘The Zit’” – but Roberts fills a gap in the canon. Through a critical, feminist lens she succinctly summarizes the show biographies, the behind-the-scenes, the fan blogs to dig beyond the nostalgia and bring us this bright, bold, and quirky pocketbook. This text reminds us – or teaches us – about the grit, thought, and serious level of detail that went into the show, while at the same time reminding us of our place in the world as feminists when this show was introduced in 1994. Twenty-two years later, we’ve come a long way, have a long fight ahead, and still have a lot of chase left in us.

This endearingly honest memoir paints a picture of a passionate coach who cared deeply about his students, his school, and his game.

I myself am neither a basketball player nor a fan, but despite my lack of knowledge about the sport I was immediately drawn in by Thomas’s colourful depictions of the games as well as the students playing them.

There is an unmistakable air of nostalgia that extends out and touches the reader while taking in his words. Thomas paints a picture so well that suddenly you find you’re no longer holding a book but instead, sitting in the bleachers cheering on the Malvern team while gripping the stands in eager anticipation of a win.

His commitment and affection toward the students is clear and unwavering as he describes each one of them, detailing their strengths and weaknesses and often conveying his remorse at having to cut anyone from the team, or losing them due to a move.

Witty and thoughtful, Not Coach K is an enjoyable and relatable read that merges lessons of sport and life and while it would be an entertaining read for all, it will be of particular interest to Malvern alumni and basketball players who can now be found immortalized on the pages of Not Coach K.