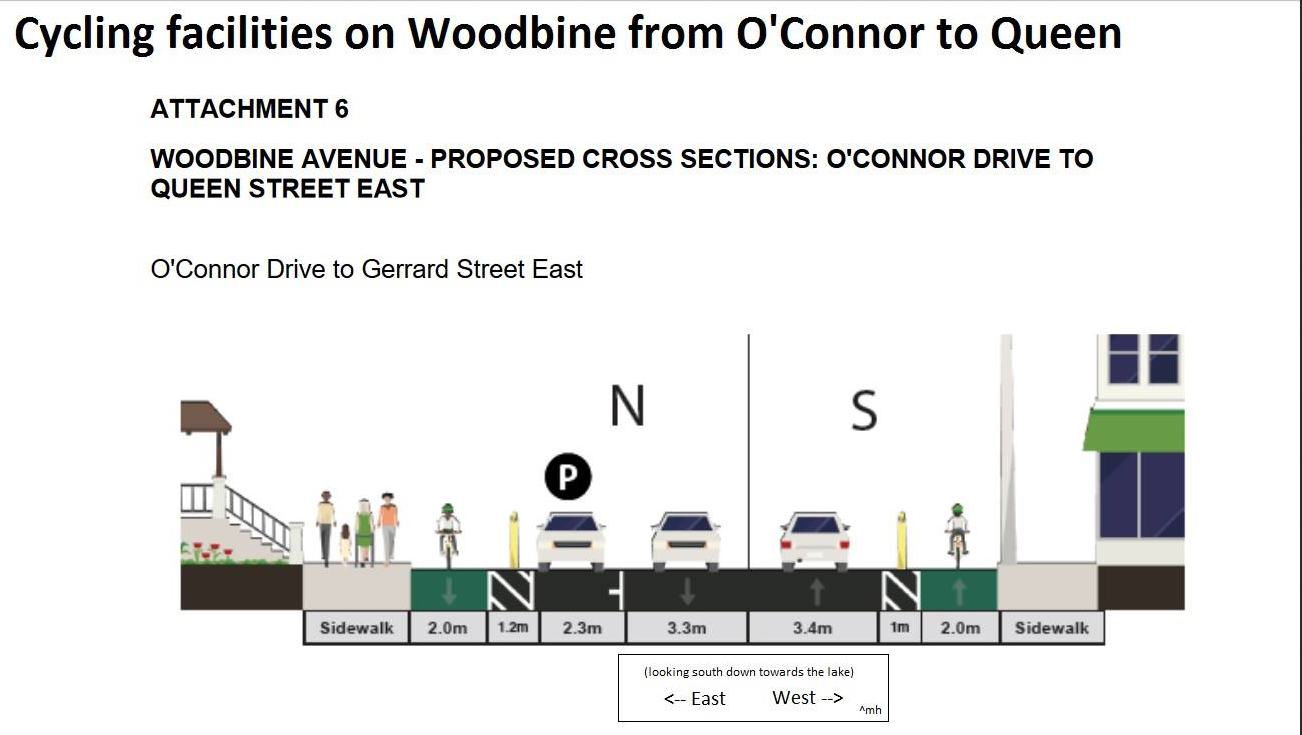 That follows a September 27 vote by the public works committee which adopted city staff recommendations to approve the project, with amendments.

The bike lanes will travel northbound and southbound along Woodbine Avenue, with an eastbound contra-flow bike lane installed on Corley Avenue between Woodbine Avenue and Brookside Drive.

The city staff report on the project noted that the bike lanes would result in just over 200 parking spaces to be available and maintained along the corridor.

Construction of the lanes should begin in 2017.

For how many cyclists – especially during the winter months? Cycling uphill from Queen St. might be a bit tricky in a snowstorm.