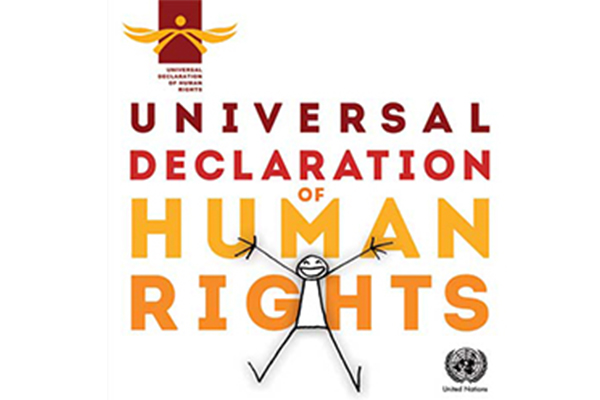 A rally on Danforth Avenue, just west of Victoria Park Avenue, on Saturday, Dec. 10, will celebrate the start of the 75th year of the United Nations Universal Declaration of Human Rights.

The Peace and Justice Alliance, a Toronto-based non-profit civic movement, is hosting a rally on Danforth Avenue to celebrate the start of the 75th year of the United Nations Universal Declaration of Human Rights (UDHR) on Saturday, Dec. 10.

Taking place at 3020 Danforth Ave. (a block west of Victoria Park Avenue), the event will be co-hosted by the Canadian Human Rights International Organization and runs from 3 p.m. until 5 p.m.

“The 2022 Theme of Human Rights Day is Dignity, Freedom and Justice for All, which means the theme focuses on emphasizing the articles in the preamble as a fundamental blueprint to take solid actions against violations at all levels,” said a statement from Peace and Justice Alliance Director Mohammed Mominul Haque.

“It is the duty of every human being to keep a check on its fundamental human rights and stand against it to suppress the issue at global levels.”

The UDHR was drafted by the United Nations General Assembly in Paris in 1948. It was put together by individuals from all regions, representing different cultural and legal backgrounds in order to ensure all voices were heard. The document aimed to universally protect fundamental human rights and has been translated into over 500 languages.

Since its inception, the document has expanded beyond just basic human rights and, today, also focuses on vulnerable groups such as migrants, the Indigenous community as well as people with disabilities.

The last article of the declaration states that no part of the document “may be interpreted as implying for any State, group or person any right to engage in any activity or to perform any act aimed at the destruction of any of the rights and freedoms set forth herein”.

However, in recent years, the most essential message from the declaration – all human beings are born free – has been under attack due to continuous wars, invasions and other events that put basic human rights under scrutiny.

“At present about 75 million people are forcibly displaced from their homes for internal conflict, corruption and civil war,” said Haque. “Millions of innocent people are the victims of oppression and atrocity by authoritarian regimes. Now Venezuela, Cambodia, Haiti, Nicaraguan, Myanmar, Bangladesh, Thailand, Vietnam, Afghanistan are ruled by autocratic and illegitimate regimes that has been keeping power unlimited time by suppressing its own people’s human rights.”

For this reason, ahead of the declaration’s 75th anniversary next year, the UN is launching a year-long campaign which, according to a UN statement, “seeks to shift the needle of understanding and action towards greater knowledge of the universality of the UDHR and the activism associated with it”.

The Peace and Justice Alliance welcomes all Torontonians to join in the Saturday, Dec. 10, rally in order to voice opinions about the numerous human rights violations being practiced globally and to stand up for the Universal Declaration of Human Rights as it approaches its 75th anniversary.

For more information on Saturday’s rally, please contact the Peace and Justice Alliance by email at peaceandjusticealliance@gmail.com