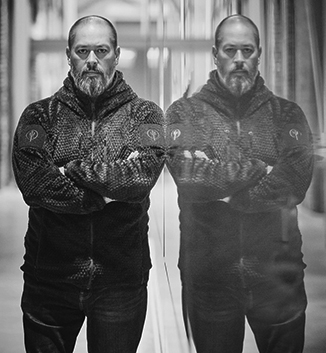 Tom Comeau will be climbing Mount Lobuche and Mount Ama Dablam in Nepal in 2023. His trek is in support of Toronto Beyond the Blue, a charity that helps police officers and their families by offering access to resources to deal with mental health issues including Post-traumatic stress disorder. Photo: Submitted.

He will be dedicating his climbs to Toronto Beyond the Blue, a charitable organization that supports police officers and their families by offering access to resources to help deal with mental health issues.

Toronto Beyond the Blue was founded in 2017 after the death of one of Comeau’s colleagues who had suffered from PTSD (Post-traumatic stress disorder) and took his own life.

According to a 2018 study by the Centre for Addiction and Mental Health (CAMH), police officers are disproportionately afflicted by mental illness, with PTSD is at the forefront. The CAMH study of two Canadian police departments found that 29 per cent of officers were in the clinical diagnostic range for PTSD.

Comeau is planning to summit both Mount Lobuche and Mount Ama Dablam in Nepal making him the first Canadian first responder to summit those two peaks.

He has started a Go Fund Me campaign where he sits at approximately 75 per cent of his $10 000 goal, with 100 per cent of the money going to Toronto Beyond the Blue.

Having always loved adventure, Comeau said he got a taste for mountain climbing after he and his wife went to Peru in 2015.

“In 2015 my wife and I travelled to Peru where we hiked the Inca Trail to Machu Picchu,” Comeau said. “She was unfortunately very sick, but she pushed herself past her perceived limits and completed the trek with me. From that point on I wanted to go higher.”

Never afraid of the journey ahead, Comeau set his sights higher and higher over the years.

“In 2020 I was talking to one of my colleagues about my goal of trekking to Everest Base Camp and as it turned out he really wanted to go as well,” Comeau said. “In April 2022 we travelled to Nepal where we spent two weeks completing the Everest Base Camp trek going as high as 5,300 metres”

That doesn’t bother Comeau, because of what he is doing the climbs for.

“I think everyone has ‘mountains’ in their lives that need summitting,” said Comeau. “For some of my colleagues, their mountains are working through their post-traumatic stress associated with the work we do serving the community.  It can be crippling.”

Having lived in the Beach since 2010, Comeau can be found training at either the Steve & Sally Stavro Family YMCA on Kingston Road, or at the R.C. Harris Water Treatment plant at Queen Street East and Neville Park Boulevard.

“Please come say hello,” said Comeau.  “I almost always have stickers for the kids so they can be part of this adventure.”

When he isn’t training, he can be found spending time with his family.

“My favourite memories have to be watching our three children hanging out at Woodbine Beach skipping rocks in the water,” said Comeau. “Spending time in some of our favourite restaurants, including the Green Eggplant, Fearless Meat and ViVetha.”