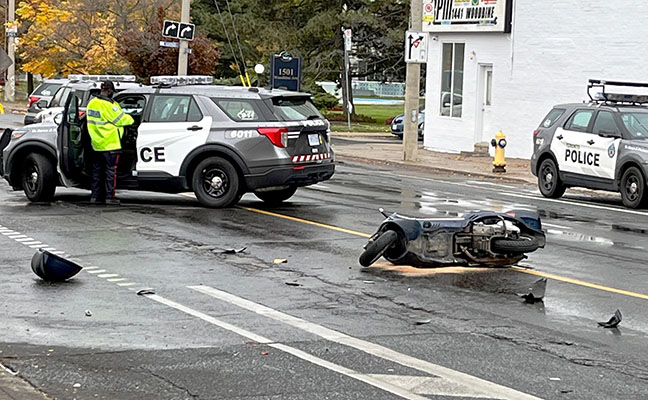 A man has been taken to hospital after the scooter he was riding was struck by the driver of a vehicle on Woodbine Avenue near O'Connor Avenue on the morning of Wednesday, Oct. 26. Photo by Alan Shackleton.

A man has been taken to hospital after the scooter he was riding was struck by the driver of another vehicle on Woodbine Avenue, just south of O’Connor Avenue, this morning.

The incident took place on Wednesday, Oct. 26, just before 11:30 a.m. on Woodbine between Ventor and Trenton avenues.

The extent of the injuries to the man riding the scooter are not yet known.

Police are currently investigating and Woodbine is closed in both directions between Ventor and Trenton.