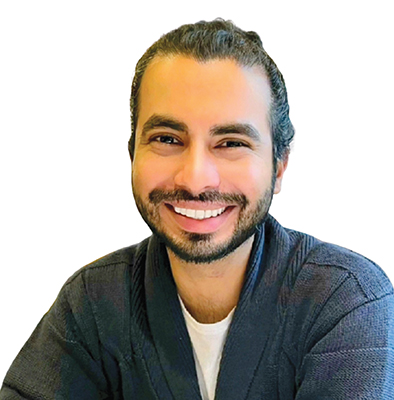 Wali Abro is running for Councillor in Ward 14 Toronto-Danforth in the Oct. 24 municipal election.

Wali Abro became a Canadian citizen just this past winter, having immigrated from Pakistan nearly 10 years ago. He bought into the clichéd image of Canada: That it was fair, compassionate, and built in partnership with the Indigenous peoples of this land. That image was quickly shattered. Now, he’s fighting for the Canada that was promised.

To those ends, he has long been an advocate for electoral reform, holistic social supports, and decolonization. He’s an active community volunteer, keeps close to the grassroots, and is a passionate activist for Indigenous rights.

He’s running on a platform featuring:

2) Guaranteeing basic needs are met for all.

5) Wrap-around supports to nurse those who’ve experienced poverty back to full physical and mental health, allowing them to successfully return to being full, active, healthy, productive, contributing members of society.

6) Improved public safety by significantly defunding and disarming the police, and using the savings to address the root cause of nearly all crimes (including theft, drug use, and even seemingly random violence): poverty/inequality.

8) And last, but perhaps most importantly: electoral reform to make this undemocratic system democratic and responsive to the will of the people by eliminating first-past-the-post, implementing ranked ballots (for starters), and instituting a process of citizens’ initiatives allowing the people to bypass do-nothing politicians who uphold the status-quo.