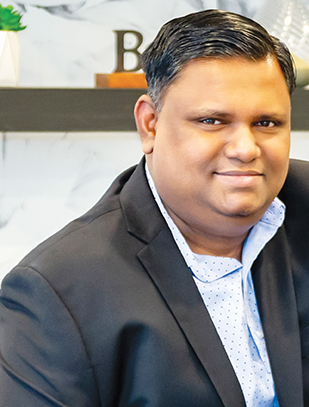 Anton Perera is running for Trustee in Ward 11 of the Toronto Catholic District School Board in the Oct. 24 municipal election.

My name is Anton Perera, and I am a Canadian citizen since 2012. I migrated to Canada from Sri Lanka as a skilled migrant in 2008. I am an International Medical graduate and I graduated from the North Colombo Medical Faculty which is affiliated to the University of Kelaniya in Sri Lanka in 2001. I have completed all my Canadian licensing exams in 2012 and I am currently working as an Ophthalmic assistant with an eye surgeon.

I have been baptized as a Roman Catholic in my infancy. Both my parents were Roman Catholics and they have been instrumental in developing a deep respect and devotion to my faith. I studied at a private Catholic school in Negombo Sri Lanka called the Marist Stella College. It is a school administered by the famous Marist Brothers founded by Saint Marcelin Champagnat. My school molded me into becoming an ardent follower of our Lord Jesus Christ.

I have volunteered and served as an altar servant and have been a member of the college choir during and after my school years. I have been a lector at the Sunday mass. I have also been the president of the government doctors union at the Eye Hospital Colombo.

I have two teenage children and I am quite engaged in their studies. Over the last decade I have noticed the Toronto Catholic school system has been facing many challenges. The moral and spiritual degradation of the society we live in has been quite alarming.

I seek your humble support in my election campaign to be the next Catholic school board trustee for Ward 11. I promise to work together with teachers, parents, and students to bring about the necessary changes to our Catholic education so that we can aim for a future where we all thrive in a society both multi-cultural and multi religious in keeping with the fundamental values preached by our Lord Jesus Christ.

EDITOR’S NOTE: Beach Metro Community News asked the candidates running for Trustee in Ward 11 of the Toronto Catholic District School Board (which includes the areas of Beaches-East York and Toronto-Danforth) to send us in their profiles and why they are running for office. We present the above to our readers in the hopes you can learn more about the candidates running in the Oct. 24 municipal election and that this will help inform your vote.