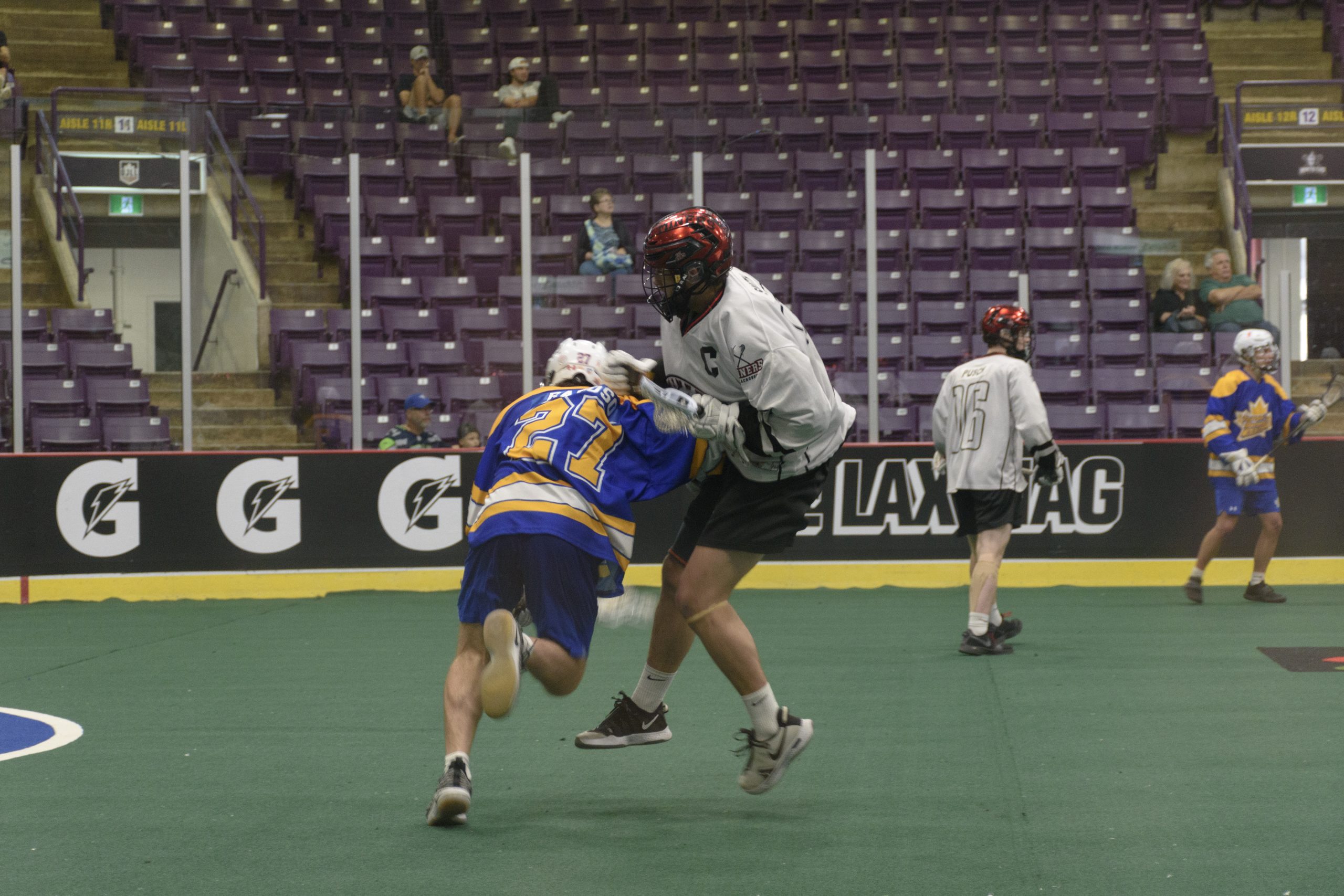 Toronto Beaches beat the Victoria Shamrocks 9-7 in overtime in the opening game of this week's Minto Cup Canadian Junior A lacrosse championships in Brampton on Monday. Photo by Adam Owen-Gill

Toronto Beaches have started off the Minto Cup lacrosse championships with a 9-7 win over the Victoria Shamrocks in their first game of the tournament.

Being played at the CAA Centre in Brampton, the Minto Cup is the Canadian Junior A Lacrosse Championship. The four-team tournament sees Toronto Beaches, the Whitby Warriors, the Victoria Shamrocks and the Edmonton Miners in Brampton this week competing for the cup.

The tourney opened on Monday, Aug. 22, with the Toronto and Victoria game followed by Whitby against Edmonton. (Whitby won that game 11-9.)

Both the Beaches and Whitby wins required overtime periods to decide the games.

Beaches next game is Tuesday, Aug. 23, at 5 p.m. against the Edmonton Miners.

The third game in the opening round will see the Beaches play Whitby at 8 p.m. on Wednesday, Aug. 24.

Once the opening round is finished, the playoff semifinal will take place on Thursday, Aug. 25, at 8 p.m.

The Minto Cup championship will then be determined by a best-of-three series between the top team in the opening round and the winner of the semifinal. The championship series games are set for Saturday, Aug. 27, Sunday, Aug. 28, and Monday, Aug. 29 (if necessary).

This has been an historic season for Toronto Beaches which saw them finish up their best regular season ever in the 11-team Ontario Junio Lacrosse League (OJLL). This is also the first time Toronto Beaches has qualified to play in the Minto Cup championship.

For more information on the Minto Cup, including schedules, results and tickets, please go to https://www.themintocup.com/

For updates from Toronto Beaches Junior A Lacrosse, please visit them on Facebook at https://www.facebook.com/BeachesJrA/