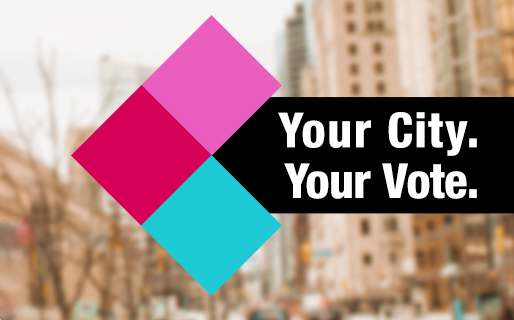 The deadline for registering to run in the Oct. 24 Toronto election, which will elect a mayor, ward councillors and school trustees, has passed and the races are set for the ridings covered by Beach Metro Community News. Image: City of Toronto.

Candidates for Toronto’s upcoming municipal elections have been finalized as registrations officially closed as of 2 p.m. this afternoon (Friday, Aug. 19).

Unlike the situation one week ago, all incumbent councillors now have challengers for their respective positions as more residents entered the races for council membership.

Here are the candidates registered to run in the Oct. 24 election in the wards of Beaches-East York, Toronto-Danforth and Scarborough Southwest.

There are eight candidates running for the council seat in Ward 20 Scarborough Southwest.

A total of seven candidates are running in Ward 19 Beaches-East York. In the 2018 municipal election, 16 candidates ran for the seat.

With Parthi KandaveL out of the picture as he instead looks to gain a council seat in Scarborough Southwest, the race for Toronto District School Board (TDSB) trustee in Ward 18 (Scarborough Southwest) has all fresh faces in the race. Running for the trustee position are Kim Martin, Robert McDermott, Guled Arale, Malika Ghous, Naser Kaid, Sonny Mir, and Anna Sidiropoulos.

In the TDSB’s Ward 16 (Beaches-East York) incumbent trustee Michelle Aarts had no challengers up until this week. Now also seeking the trustee seat are Chris Jones and Sanjai Kumar.

In Ward 15 (Toronto-Danforth), incumbent TDSB Trustee Jennifer Story is leaving her position which she held since 2014. Looking to replace her are Sara Ehrhardt, Matt Farrell, Sukhpreet Sangha and Nicole Ufoegbune.

(UPDATE: On Oct. 19, Toronto City Clerk, John D. Elvidge, announced the election for the French language public school trustee in Conseil scolaire Viamonde (Ward 3 – Centre) is void after determining that one of the two candidates is not eligible to hold office. The election for that office will not take place on October 24 and a by-election will be held instead. “The candidate no longer meets the qualifications for office because it has been determined that they are not a French-language rights holder as required in the Education Act, R.S.O. 1990. This includes having:

The news release issued by the City of Toronto on Oct. 19 did not specify which of the two candidates registered to run in Ward 3 was ineligible.)

In the Conseil scolaire Viamonde, Ward 2’s Benoit Fortin and Geneviève Oger of Ward 4 are running unchallenged and will be acclaimed to the trustee positions.

The Conseil scolaire catholique MonAvenir Catholic school board for French-first Catholic schools in Ontario saw its first three candidates sign up for Ward 4 this week. Daniel Martin, Salah Rawdat and Paul Wilson will go head-to-head in a race to represent the ward which covers Toronto’s entire eastern region. Anne Godbout was elected as Trustee in 2018 but will not be campaigning this term.