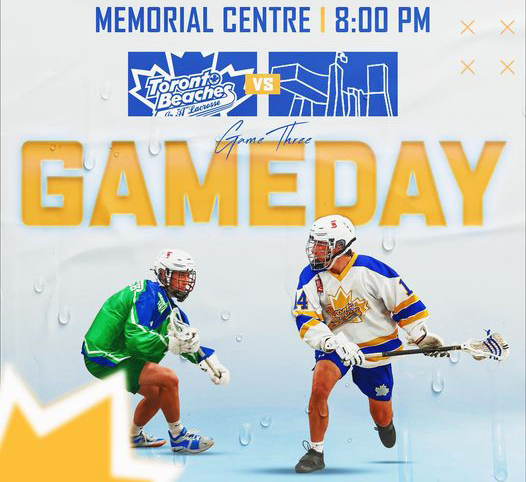 The Toronto Beaches Junior A Lacrosse Team is in Peterborough tonight (July 18) for Game Three of their playoff series. The best-of-five series is tied at one win each.

The Ontario Junior Lacrosse League (OJLL) playoff series between Toronto Beaches and the Peterborough Lakers is tied at one win each going into tonight’s third game in Peterborough.

The best-of-five first round playoff series in the OJLL saw Toronto Beaches record a win and a loss in the first two games played at home in Ted Reeve Arena.

Game Three and Game Four in the series are set to take place in Peterborough on the nights of Monday, July 18, and Tuesday, July 19.

For updates on how the series is going, please visit us online at www.beachmetro.com