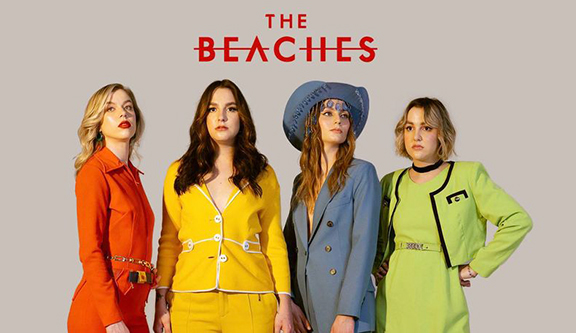 Local band The Beaches are nominated in the Rock Album of the Year category at tonight's Juno Awards.

Local band The Beaches have been nominated for a Juno Award for Rock Album of the Year.

The Juno Awards will be presented on the night of Sunday, May 15. The awards are taking place at the Budweiser Stage in Ontario Place in Toronto and will be broadcast on CBC.

Members of The Beaches are Jordan Miller, Kylie Miller, Leandra Earl and Eliza Enman McDaniels. The Miller sisters and McDaniels all grew up in the Beach.

The Beaches have been nominated for their album Sisters Not Twins (The Professional Lovers Album). Singles from the album include Snake Tongue, The Professional, Future Lovers, Let Go and Blow Up.

Despite COVID-19 restrictions over the past two years, the band has been keeping up a fairly busy touring schedule across the United States and Canada.

Locally the band is slated to make a homecoming with shows at History on Queen Street East in the Beach on Aug. 5 and 6. Special guests with The Beaches at those shows will be The Blue Stones.

The Beaches won a previous Juno Award in 2018 for Breakthrough Artist of the Year.

UPDATE: The Beaches were named the winners of the Juno Award for Rock Album of the Year on the night of Sunday, May 15.