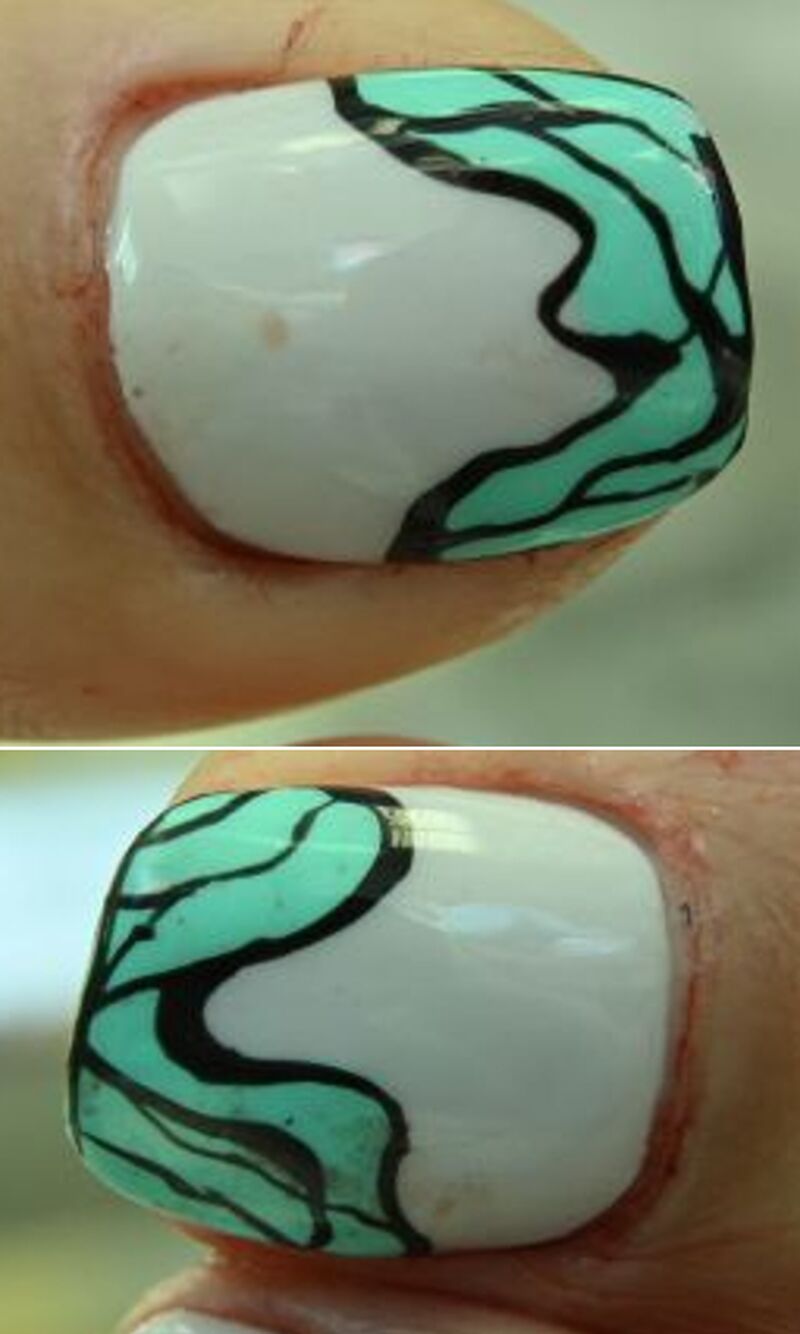 Police have released Images of nail polish designs on finger and toe nails in an effort to identify the body of a female found in Leslieville on Monday afternoon. The body was wrapped in a plastic bag and showed signs of dismemberment and obvious trauma, police said. Images of a long-sleeved shirt (inset photo) have also been released in hopes of identifying the deceased.

Toronto police are asking for the public’s help identifying a female whose body was found partially dismembered in a plastic bag near Eastern and Berkshire avenues earlier this week.

Police were called to the area at 1:30 p.m. on Monday, March 28, and located the body of a deceased female in a plastic bag.

There were “obvious signs of trauma to the body, including some dismemberment,” police said in a news release updating the investigation on the night of March 29.

The death is under investigation by the Homicide Unit. In an effort to identify the deceased, images of distinct designs on her finger nails and toe nails have been released by police, along with the deceased female’s shirt. The clothing has been described as a red coloured, long sleeve Armani Exchange shirt.

The deceased female is described as having a light complexion, five-feet, two-inches tall, 118 pounds, with short dark shoulder length hair.

Members of the public who were in the area of Berkshire and Eastern avenues between 10 a.m. to 1:30 p.m. on March 28, and who may have observed anyone pushing a foldable shopping cart filled with black waste bags are asked to contact police immediately.

Also, anyone driving a motor vehicle with a dash came at that time in the area is urged to contact the Toronto Police – Homicide Unit at 416-808-7400.

Police can also be contacted anonymously through Crime Stoppers at 416-222-8477 or online https://www.222tips.com