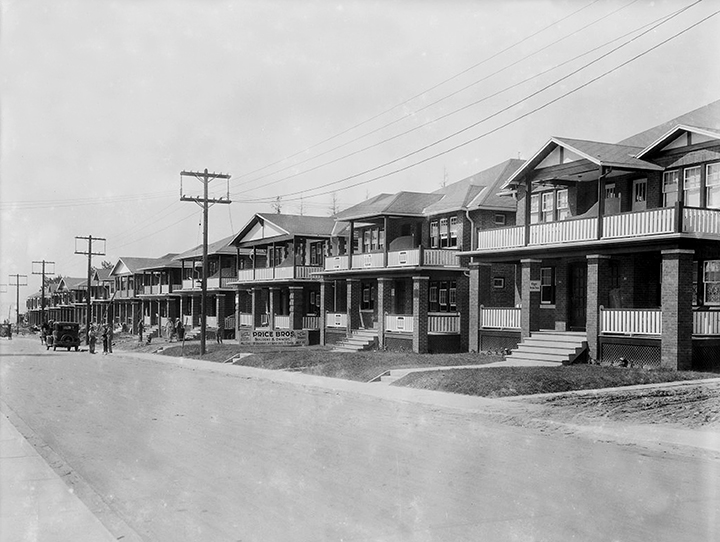 Photo above shows the double duplexes built on Glen Manor Drive, south of Queen Street East, by the Price Bros. in the late 1920s. Inset photo shows the street and homes in more recent times.

Thanks to Barbara Myrvold for sending the photo at top of page showing the double duplexes from 48 to 90 Glen Manor Dr.

The year is 1929 and these buildings were near completion. They were built and owned by the Price Bros. and built on the site of the former Scarboro Beach Amusement Park.

Trees now obscure most of the street so I thought to shoot my photo in winter for a better visual comparison.