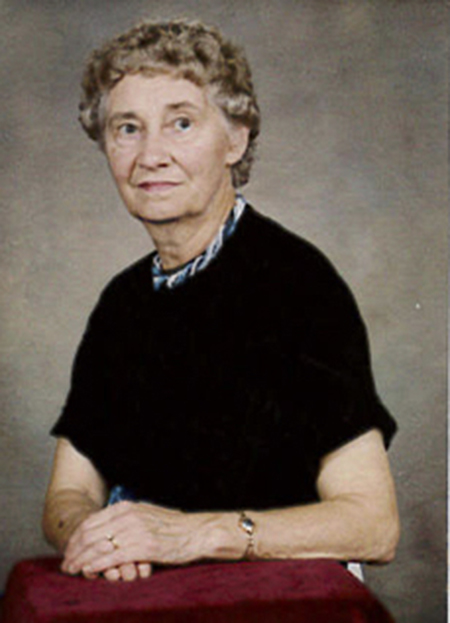 A long-time Pine Crescent resident who taught music in the community for decades, Jean Scott Collins passed away last month in Kelowna, B.C.

In loving memory of Jean Scott Collins (nee Walwin) who passed away peacefully on Feb. 3 at Kelowna General Hospital.

Jean Walwin was born on March 29, 1922 in Nashville, Ont. and grew up in Janetville, Whitby and Richmond Hill. She graduated with a BA from Victoria College, University of Toronto, in 1942, and went on to teach in Welland, Arnprior and Fenwick until her marriage to William George Collins in 1947.

In addition to being and homemaker and becoming a young mother, Jean achieved her teacher’s certificate from the Royal Conservatory of Music.

In 1958, the family moved to their home on Pine Crescent.

Soon after, Jean embarked on her long career teaching piano and music to countless students, finally retiring in her early 1990s.

She has been honoured for her long membership, dedication and valuable contributions to the Ontario Registered Music Teachers Association. Jean was also a leader in the formation of Affordable Housing East and served on the board until retiring in her 90s.

In June of 2019, Jean and Bill moved to Kelowna, B.C. It was only recently that old age and its related issues impacted Jean’s life and health.

Jean is survived by her husband of 75 years, Bill (Sr.), her children Marni and Bill (Jr.), her sisters Margaret McClure and Mary Seagrave, and daughters-in-law Dianne Clark and Kyra Struve Collins.

She will be missed by her grandchildren Christine Nikiforuk, Matthew and Michael Collins, and her great grandchildren Minah, Kaeden and Atticus Collins.

“Aunt Jean” is also remembered by her numerous nieces, nephews and extended family.

Jean was pre-deceased by her sister Ann Stevens, her beloved granddaughter Emma Marie Collins, and most recently, her youngest son Daniel (Dan).

Following her wishes, cremation has taken place. A celebration of life will be announced at a later date.

If you wish to honour Jean and her life, please make a donation to a charity of your choice.