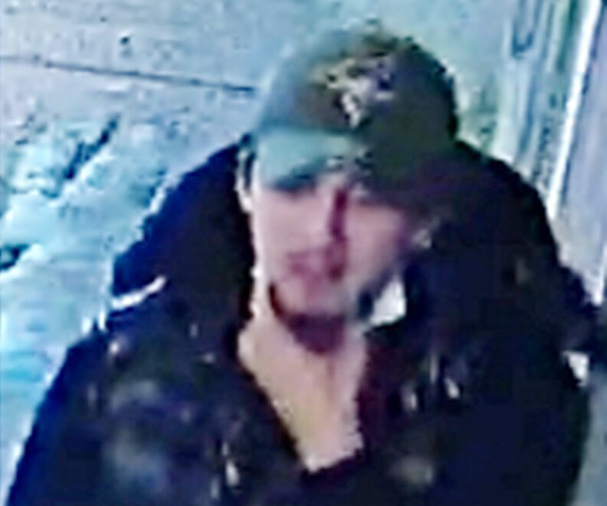 Police have released a new image of a suspect wanted in connection with an alleged robbery and assault in the Danforth and Sibley avenues area on Feb. 2.

Toronto police have released a new image of a suspect wanted in connection with an alleged robbery and assault last month in the Danforth and Sibley avenues area.

Police released the new images on the morning of Monday March 21.

Police are asking for the public’s assistance to identify the suspect.

The man is one of two suspects sought in connection with the robbery and assault that took place at 4:39 a.m. on Wednesday, Feb. 2.

According to police, a 48-year-old man was walking north on Sibley Avenue when he was approached by two male suspects who hit him in the head with an unidentified object.

One of the suspects is described as roughly 20 to 25-years-old, wearing a green Toronto Blue Jays hat, as well as a black: vest, sweater, pair of pants and pair of shoes.

Police said the suspect is considered dangerous and violent. If seen, stay away from him and call 911.

There is no description available of the second suspect.