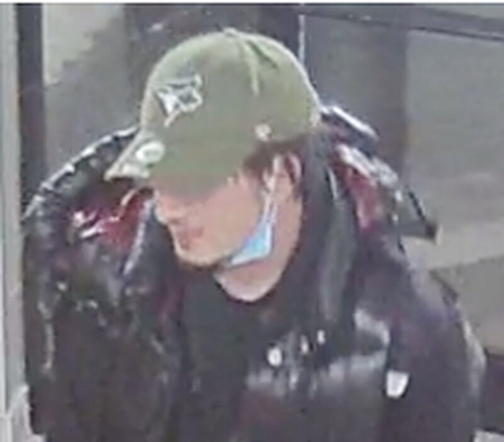 Toronto police are looking for information on this man in connection with an investigation into a violent robbery on Sibley Avenue earlier this month.

Toronto police are looking for two suspects in connection with a violent robbery in the area of Danforth and Victoria Park avenues earlier this month.

A 48-year-old man was walking north on Sibley Avenue from the Danforth at 4:39 a.m. on Feb. 2 when he was hit on the head with an unidentified object, police alleged. The assault continued after the man collapsed to the ground and his backpack was stolen, police alleged.

Police have released a security image of a person they believe to be one of the suspects. He appears to be 20 to 25-years-old. At the time of the incident he wore a green, Blue Jays hat. He also had on a winter vest, a sweater, pants, and shoes all of which were black.

Police are requesting that anyone who recognizes this individual to inform them of his identity. However, police described him as “violent and dangerous” and if he is seen, members of the public are to stay away and call 911 immediately.