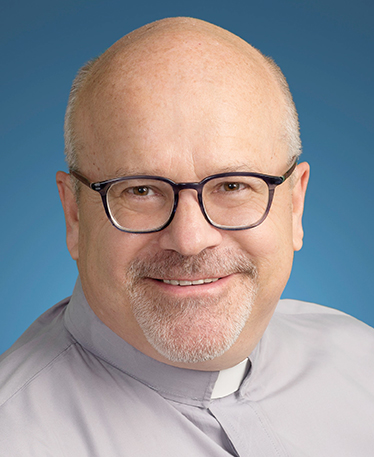 Rev. Greg Daly is the new minister at Beach United Church. He officially began his duties with the service on Sunday, Feb. 6.

Daly takes over the position from Rev. Karen Dale, who had been with Beach United for the past 12 years.

In December, the church held a Zoom meeting for residents and parishioners to say goodbye to Dale and wish her well in the future as she becomes the new minister at Richmond Hill United Church.

In taking on his new role, Daly said social justice will be among his priorities at Beach United Church.

Before coming to the ministry, Daly worked as an urban planner for 20 years with different levels of government and various agencies in the area of smart urban and regional planning.

He then completed the Master of Divinity degree at the University of Toronto’s Emmanuel College. He worked as a minister for the Palgrave United Church in Caledon as well as at Birchcliff Bluffs United Church in southwest Scarborough.

“Some folks in our world remain skeptical about there being a link between human action and climate crisis. I believe that we can act locally in order to have impacts globally. I plan to seek ways to engage people in this conversation, developing concrete responses for our faith community to collaborate with the Beach community to respond,” said Daly.

“Who is welcome in the Beach? How do we open ourselves to the important conversation of inclusion for all people? For me this anticipates calling out places and spaces where some are not invited to full, equitable participation in the life of our community. For example: hearing the Calls to Action of the Truth and Reconciliation Commission is one thing, acting on them is another. Living faith means listening, discerning and acting in ways that ensure 2SLGBTQ+ peoples, BIPOC peoples, people living with mental health challenges are offered a place at the table.”

Housing, and welcoming people of different incomes into the community, is also an important issue for Daly

“Stable, secure housing is the foundation for healthy living. In our Toronto context this means, among other things, working to open up new possibilities for diverse forms of housing within existing communities, as well as working develop more housing across our city that is accessible and affordable to the most vulnerable,” he said.

“I believe that Beach United Church is a place to explore meaning. I am not here to tell people what to believe. I am here to offer ideas and possibilities, supporting people as they investigate making meaning in their lives. My goal is to accompany people and collaborate with them in their quest as we walk together sharing the journey of life.”